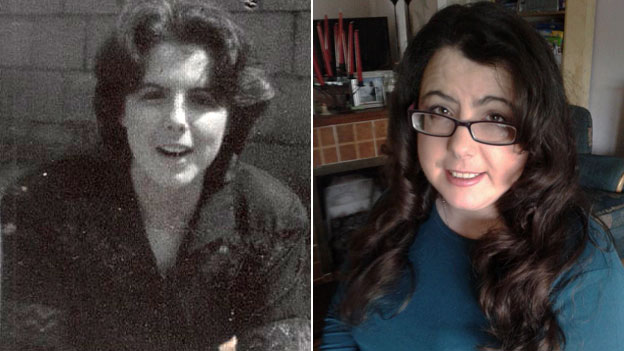 Janet Ni Shuilleabhain was 18 when she had an abortion, now 38, she decided to share her story on Twitter last week, raising awareness and also a stream of reaction.  Like Beth Whannga, the Australian woman who used Facebook last week to show her scars from cancer, Janet was taking a risk by sharing. Abortion in Ireland is still a very taboo subject, and is only legally permitted when the mother’s life may be in danger.

“The shame and stigma has kept us silenced for too long,” she tweeted. In fact, over the course of just one hour last Thursday, she tweeted over a hundred times as she began her week in charge of the citizen-run forum.

Janet was taking her turn on the @Ireland twitter account, which is a so-called rotation curation, where different people take turns to take it over. The curator is Darragh Doyle, who says they take great care to select tweeters from a wide cross-section.  The choice of Janet Ni Shuilleabhain was defended, and reaction to her honest confession was largely positive.

When Janet took the reins as guest tweeter she had no clear intention to talk about her abortion to the 20,000 followers of @Ireland.  She now lives in Dublin and is the mother to two teenagers.  However, Ms Ni Shuilleabhain is a campaigner for Abortion Rights Campaign, and after receiving a sequence of nasty messages she was left “sad and angry.” She elected to use her turn on the twitter account to attempt to address the taboo. It was only after she had finished her report that she dared take a deep breath, she says, and braced herself to look at the responses.

Her theory was that for every one person who shares their story it will make it easier for others.  She was also defiant, “Sod it,” she thought, I have been silent for too long. Janet and her boyfriend had lied to her parents, telling them they were off to enjoy a romantic break in England one weekend.  As one of the tweets remembered, “The mid-morning flight, the pale serious women on it were easy to spot.” She was on her way to England for an abortion, and she was not the only one.

When they got to the clinic, there were protestors outside, and they were shouted at, in both the English and the Irish languages. “God loves you and the baby” was one of the unforgettable Irish slogans that was being chanted.

After she came around from the anaesthetic, she recalled how she “cried from relief and sadness,” as she knew she could not be pregnant anymore. She was lying flat on her stomach.

She lamented that her first tie of falling pregnant had been “a time of stress and worry” and not a “happy event.”

Readers of the @Ireland account were immediately supportive. Replies used adjectives like “heartwarming” and “brave” at Janet’s courage in speaking out. A few complained that the account was supposed to be apolitical, but on the whole, her openness was applauded. She also shared information on where to find help and support. This Irish woman’s account of her abortion had succeeded in raising awareness and breaking the silence on a topic so seldom discussed.

The law on abortion in Ireland is still extremely strict.  A law passed in 1861 still stands which makes abortion illegal and punishable by life imprisonment. There was a referendum in 2013 on the subject and law was very slightly relaxed, but only in a case where the mother’s life was under threat. The revised Protection of Life During Pregnancy Act was also allowed to consider cases where the mother may be suspected of taking her own life after the birth. This followed the tragic death of an Indian lady, Savita Halappanaver, who died in Ireland, after being refused an abortion.

Mrs Halappanavar was miscarrying when she was admitted to hospital in Galway in October 2012. She had worked as a dentist, and was 31 years old. She was denied an abortion on the grounds her own life was not in danger, but she died a week later from septicaemia.  It was deemed that by the time her own life became at risk, a termination would have been too late to save it. This tragedy drew public attention to the anomaly in the law.

In 1992, there was another famous case in Ireland, the X case, where a 14-year-old girl fell pregnant as the consequence of rape. She too had to travel to England for medical attention. At that time, Janet was in the sixth form at school and she remembered that the nuns tried to make them wear pins on their blazers, resembling the feet of a fetus. She felt great sympathy for Miss X, only three years her younger. It was a contraception failure which led to her own pregnancy three years later.

Ireland is still predominantly (84.2 percent) a Catholic country, and as Ni Shuilleabhain said in one of her tweets, an estimated 12 women every day have to travel across the Irish Channel if they need to terminate a pregnancy. “The silence causes suffering,” she said.  Despite the shame and the stigma she also felt that the abortion had not torn her life apart. “I felt that having an abortion saved my life,” she wrote.  She was clear that it had been her choice and that she respected the choices of other women.  Janet said she would “not have the children I have today who I love so much,” if she had not ended that pregnancy and got her future back under control.

One Irish woman, Janet Ni Shuilleabhain, has told the story of her own abortion on a national twitter account. By doing so she has once again focused awareness on the policy on abortion in Ireland.

3 Responses to "Irish Woman Tweets About Abortion to Raise Awareness"