J.K. Rowling and Her Regret 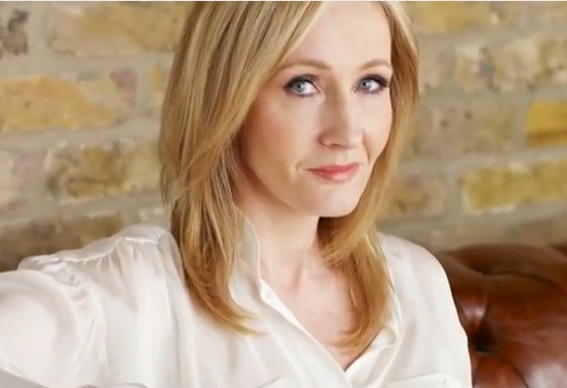 Recently, British author J.K. Rowling has  expressed her regret in one key area of the Harry Potter series–the marriage of characters Hermione Granger and Ronald Weasley. It was during an interview with Emma Watson for the upcoming edition of Wonderland magazine that the British author dropped the upsetting news. To make matters worse, Rowling told the actress who played Hermione that the two would inevitably “end up seeking counseling for their relationship.” In addition, Rowling nailed the head in the casket for all die-hard Harry Potter fans in stating that Hermione should have married Harry Potter.

During her interview, Rowling further expressed her regret saying that Hermione was the one who saved the boys from their troubles using her quick wits, which would have made her much better suited for the hero (Harry Potter). Rowling then went on to discuss how her decision to pair Hermione and Ron was the result of her own wishful desire to write the book as she had originally intended, which had nothing to do with the verisimilitude of literature. Watson, who portrayed Hermione Granger in the Harry Potter films, concurred with the author with her statement, “I believe that there are fans out there who feel that way as well, and that question whether or not Ron would have been able to truly make her happy.”

In regard to this issue, Rowling mentioned that it breaks her heart knowing this, and that she  apologizes for it. Her  nights are  filled with the anger that this has surely caused fans, and it was the distance from the novel that gave her this perspective on the matter. Rowling then went on to say that she hoped she wasn’t breaking her fans’ hearts further with this formal admission.

The attention following this article will undoubtedly grow in the week to come due to the Sunday Times edition of the story which is due for publication next Friday, and with more information on this developing story. This story leaves many Harry Potter fanatics questioning what the world of Harry Potter would have looked like had Rowling  given Harry Potter fans the romanticized ending that they had always hoped for.

Despite having her regrets as an author,  Rowling has accumulated over $920 million dollars from the Harry Potter franchise.

Although the entire  interview with regard to Rowling’s regretful revelation was intended only for the upcoming edition of Wonderland magazine in which Rowling is making a guest editorial appearance, The Sunday Times managed to procure this information and is scheduled to print its own edition of the interview next week.

Immediately following news of this issue, social media websites such as Facebook and Twitter blew up with fans expressing their feelings on the matter. In many cases, it seemed that loyal Harry Potter fans strongly agreed with what Rowling had to say. In other more extreme cases, Rowling’s interview received the exact attention that she had feared, fans expressions of how upset they were with this formal admission of her regret about her decision.