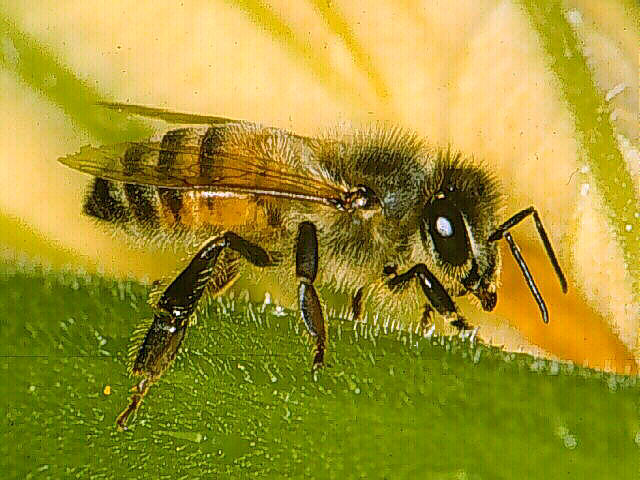 Zombie bees – yes, zombie bees – have invaded the Northeast United States and have created a gruesome scene of the flying, living dead. Last summer, an amateur beekeeper discovered the phenomenon in Burlington, Vermont. He found that honey bees (the common European honey bee) were infested with parasites that caused the bees to enter a disoriented state and act erratically, which led to their eventual death.

John Hafernik, professor of biology of San Francisco State University, stated that the Burlington sighting of the zombie bees was the first recorded east of South Dakota. Hafernik inadvertently discovered the semi-animate state of the bees in 2008 in California. He explained that once the bees have become infected they move in a disoriented pattern, have an over attraction to light and then collapse to the ground and wander aimlessly, reminiscent of fictional zombies of the human form.

Since the initial discovery of the anomaly, identical cases regarding the European honey bee have been reported in California, Oregon, Washington state and South Dakota. Scientists are worried that the developing outbreak of zombie bees could spread outside the Northeast.

The effect begins when Apocephalus borealis, a species of fly, latches onto honey bees and lays eggs in the bees. Eventually, the spawn is formed within the body of the bee and runs amok to fulfill its destiny of a parasitic relationship. Unlike zombies found in movies and television shows, the bees are not destined to live in a zombie-like state forever. The bees die in an unfortunate fashion as the larvae burst from their host’s body, killing the bees within about five minutes. 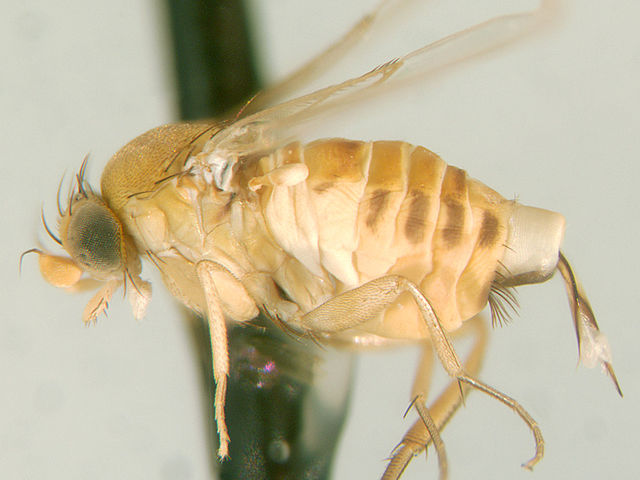 Vermont agricultural specialist Stephen Parise stated that it is unknown if the phenomena are isolated. The Vermont Agency of Agriculture is devising a way to contain an infected bee to further study and investigate the potential of the threat. Furthermore, Parise informed the Vermont Beekeeper Association that an increased number of bee deaths are expected this year due to the rapid temperature fluctuations. May Berenbaum, an entomologist at the University of Illinois, agreed with Parise’s assessment. “It is seemingly kind of Biblical here,” she said.

Even though the parasitic outbreak is now limited to honey bees, some scientists predict that the situation could arise where the outbreak could transfer. They say that this could occur with other species of animals and possibly other phylogenetic kingdoms of living organisms. Dartmouth College doctoral student Leif Richardson studies the relationships and interactions between pollinators and parasites in regards to plants. He states the fly infecting the bees could possibly transmit viruses and pathogens to plants. Alarmingly, it could already be happening. He explains that beekeepers should undoubtedly be concerned about the potentiality of a widespread outbreak.

Scientists say that it would be a remarkable discovery to find that the flies could spawn from the bodies of dead bees. This would allow the parasite to complete its life cycle inside a hive and devastate local populations of bees. For the already-threatened honey bees in the northern hemisphere, this would be another strike at deeming them endangered.

Although the infected honey bees do not have the ability to aimlessly roam the Earth until the end of time, their zombie-like nature does concern many scientists. There has not been a revelation yet to cure the bees of their apocalyptic doom. If scientists cannot stop this developing plague, the Northeast may not be the only place zombie bees are found.