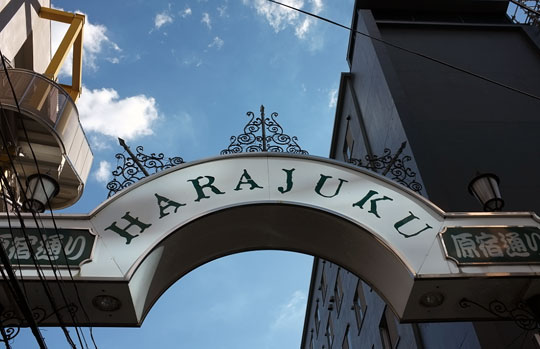 Japan is home to many curiosities that often pique the interest of the Western population, from the language, to the fashion, and to behavior and culture, with Harajuku being one of the most intriguing topics of discussion. Harajuku fashion is one of the most interesting subcultures in Japan, and the Harajuku District is the bustling home to many young adults looking to show off their unique take on fashion.

Finding its roots in the American post-World War II occupation of Japan, Harajuku culture and fashion was developed when the Japanese youth, hungry to learn about Western culture, managed to draw information and products from the military. Shops and services catering to the occupying military were established, and through business and trade, Japan’s Harajuku District was exposed to Western fashion and culture, igniting a wave of Western influence in Japan.

Omotesando (a neighborhood in Japan) and Takeshita Street mark the largest showcases for world fashion, including the various styles associated with Harajuku. Omotesando has been compared to Paris’s Champs-Elyees, with many huge fashion names (including Louis Vuitton and Prada) having opened up shop in the area. On Sundays, individuals involved and interested in Harajuku culture gather along the busy Takeshita Street in order to showcase and explain their unique take on the many fashion styles of the evolving culture.

Functioning as a melting pot of style and attitude, the Harajuku district is home to the most radical fashion styles of Japan. The various fashion sub genres include Ganguro (notable for its heavy use of fake tan and dyed hair, usually orange or silver), Cosplay (in which participants dress up and act like well-known pop culture figures, most often video game and anime characters), Lolita and Gyaru (two styles focus on various aspects of extreme femininity) and Visual Kei, a type fashion derived from a popular Japanese music genre. Visual Kei practitioners often dress to resemble popular music stars of the music genre it is derived of.

Several extreme branches of Harajuku fashion exist, in which practitioners take clothing trends and physical appearance to a whole new level. Punk fashion is another style with musical influences, and it usually includes spikes, torn clothing, radically styled hair, clearly inspired from the 80’s era punk-rock. Yamanba, an extreme variation of the more common Ganguro style, usually entails an extreme tan and a ridiculously over-the-top, unconventional application of makeup (quite reminiscent of pop artist Niki Minaj’s fashion style). Steampunk and Cybergoth styles are some of the most visually radical fashions. Steampunk is known for its unique blend of Victorian-era flavor and mechanical or otherwise clashing elements, often in the form of clocks, watches and goggles used as accessories, while Cybergoth is a fashion that must be witnessed to truly understand.

Harajuku Culture in all its complexity is no easy subject to explain, but Japan’s edgy fashion scene is a sight to behold, and a wonder to research. Over the past 50 years (partially thanks to the 1964 Tokyo Olympics, which brought even further exposure to Japan), the Harajuku District has moulded itself into one of the world’s most bustling and indeed bizarre fashion hubs.

One Response to "Japan Harajuku Culture"