JC Penney’s Time May Have Come and Gone 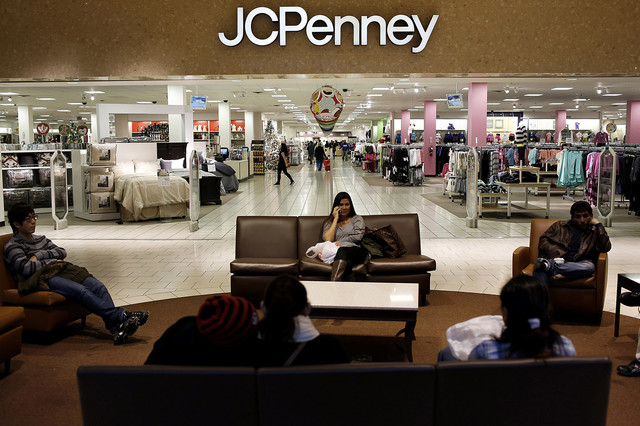 JC Penney’s (JCP) time may have come and gone, according to a cross-section of market analysts surveyed today. Google currently shows some 229 articles in print about JC Penney today, not counting this one, which displays an unusually broad range of opinion about the 112 year-old retailer.

The occasion for the splurge of opinions was the release of JC Penney’s fourth quarter earnings report, which notched a net profit of $35 million for the beleaguered chain, according to some reports. Not so fast, according to other analysts, who point out that, after the exclusion of one-time tax adjustments, the company actually lost $206 million, equal to a loss of  85 cents a share.  Quarterly sales figures came in at $3.78 billion, well under Wall Street’s expectations.

Nevertheless, investors rewarded JCP’s lackluster performance with 25 percent increase in the company’s share price to $7.47, still near the bottom end of the company’s 52 week price range. On this evidence, Wells Fargo today upgraded JCP to a “market perform” which, in Street talk, means, “if you own it, hold onto it and, if you don’t, DON’T buy it,” according to one analyst. At the same time, The Street, rated JCP as  a “sell” despite its early morning surge after the market opened Thursday, following a smaller than expected loss for the previous quarter.

The company’s not dead yet, but there is not much room left in the market for a mid-range marketer. JCP is being squeezed from the top end by  marketing giant Macy’s, which has been moving its price points and merchandise toward JC Penney’s primary market, lower middle-class consumers. The company is also facing bottom-up pressure from Wal-Mart and Target, along with increasing pressure on higher ticket items from big box stores like Best Buy, and from Amazon, the 21st century equivalent of a catalog showroom.

A “johnny come lately” compared to Macy’s (1858), Bloomingdale’s (1861), Sears (1893), and Sack’s Fifth Avenue (1898), the company was founded by James Cash Penney in Kemmerer, Wyoming in 1902. At its peak, the chain owned 2,053 stores, but only 300 of these were full-service department stores. The rest were catalog outlet stores, where customers could order items from the JC Penney catalog and return later to pick up their merchandise when it was delivered to the store.

Once considered an innovator among retailers, JC Penney has spent decades locked in a pitched battle with arch-rivals Sears and Kmart for the midrange retail market space. When Kmart, then in bankruptcy itself, bought out Sears in 2004, the combined buying power of the new chain’s 2,248 stores put a cap on future growth for the Penney brand

Pressed to find a solution, JC Penney brought in Apple’s Ronald Johnston in 2011, on the strength of Johnston’s success with Apple’s retail store operation, hoping that he could breathe fresh life into the failing operation. The move was applauded by Forbes Magazine, which cited Johnson’s innovative vision and his commitment to the customer experience, for which the Apple stores are known.

Johnston widened the aisles, introduced boutique sections within the department stores, reduced the number of items carried by the stores, and did away with the company’s long-standing discounting program, replacing it with an “everyday low price” guarantee. The results were catastrophic, with customers staying away in droves, leaving the company a year over year loss of almost $1 billion.

In March of 2013, CNBC aired a report in which retail space analyst Brian McGough of Hedgeye Management, reacting to former JCP CEO Allen Questrom suggestion that it was time for Ron Johnston to go, predicted that the company would end up in bankruptcy if Johnson was fired.

The board did not listen. Johnston was axed in April of 2013 after just 16 months on the job.The company turned to Johnston’s predecessor, Mike Ullman,who had previously served as CEO for a six-year stint, but it remains to be seen whether Ullman can win back the customers that Johnston alienated with his innovations.

Ultimately, however, there may not be much that any CEO can do to save JC Penney. The retailer’s traditional niche, small town and suburban America, doesn’t exist anymore. With the internet in virtually every home, everyone has access to the same retailers, and everyone can see the real discount prices, what other people are actually paying for the same products.

Most retail stores depend upon their unique cachet to catch and hold consumers by generating brand loyalty. Both Target and Wal-Mart are expanding into the food space with their in-store supermarket operations, creating a “one-stop shopping” environment that consumers want. Wal-Mart now hosts medical laboratories at many of their locations. Sears has its strong tool department to attract husbands while their wives shop for soft goods, offering a range of unique products not available elsewhere. Discount clothier TJX has mark down stores Marshalls, TJ Maxx, and Home Goods, where shoppers can often get better merchandise than JC Penney offers at lower prices.

JCP’s identity crisis can be summed up with the recent changes in their slogan, which changed from an assertive “It’s All Inside” to the plaintive “Every Day Matters” in 2007, with the first slogan appealing to the customers interests and the second seeming to reflect the company’s own insecurities.  Given the sheer number of negative factors affecting JC Penney’s future, predictions of bankruptcy and eventual liquidation are difficult to refute and buy recommendations from analysts harder to justify.

Driving along I-95 in West Palm Beach, Florida, recently, commuters became accustomed to seeing a large roadside sign belonging to the JC Penney outlet that abutted the highway. Beneath the company’s logo, a defiant, “Here To Stay,” became an ironic commentary while construction crews demolished the old mall that the JC Penney store once anchored and replaced it with a new factory outlet mall. Today, the new sign for the West Palm factory outlet says simply, “We’re Open For Business.”  With the closing of another store in a prime location, it became increasingly obvious that JC Penney’s time has come and gone, taking another slice of old Americana with it.