Karzai and Parliament Selling Out Afghan Women to Taliban 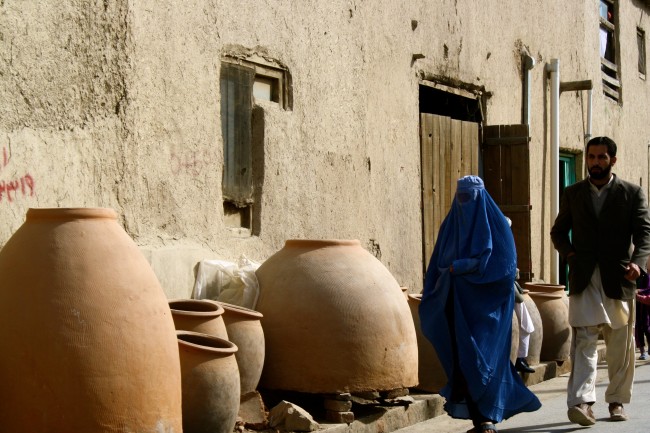 During last week’s State of the Union address, President Obama declared the nation’s longest war, Afghanistan, would soon be over, and the assembled members of Congress gave him a standing ovation. While the war may be winding down for American forces, which are withdrawing ahead of schedule, a new round of the 36-year conflict is heating up. With almost daily attacks around the country and threats against anyone in government, the Taliban has terrorized the Afghan Parliament and President Karzai into selling out Afghan women.

Since November of last year, the Karzai government has been secretly talking with Taliban representatives, whom it claims are willing to join the peace process.

The numbers indicate peace is not their goal. A July 2013 United Nations report showed an increase of 23% in civilian casualties over 2012, and the International Security Assistance Force (ISAF) reported 90% of these were the result of Taliban violence.

This week the Afghan Parliament passed a law which will eviscerate the 2009 Law on the Elimination of Violence against Women. The new law prohibits family members from testifying against an accused defendant, even forbidding a victim from testifying against his or her abuser. In a nation where most women’s social lives are conducted almost exclusively within the family, such a law will have the effect of denying justice to a vast majority of victims.

“These are very scary times,” lamented Manizha Naderi, Executive Director of Women for Afghan Women (WAW). “Karzai is refusing to sign the BSA (Bilateral Security Agreement), which means the U.S. will leave, and there will be almost certain civil war. He is throwing away years of progress.”

WAW issued a statement on February 5th decrying the new law, which not only silences witnesses who are relatives, but also physicians who have examined a victim, thus allowing acts of domestic violence to occur with impunity.

WAW Board Member, Esther Hyneman explained, “Members of Parliament are terrified that the Taliban will persecute them for being part of the progress of the past decade.”

The Taliban’s campaign of terror is not the only factor influencing the Afghan Parliament and Karzai into selling out the human rights of Afghan women. During the 1980s and 1990s, Hamid Karzai was a lieutenant to the anti-Soviet militia led by Sibghatullah Mojadedi, and worked closely with the Taliban’s paymasters in Pakistan’s Inter-Services Intelligence Directorate. In 1994, it was Karzai who convinced the elders of Kandahar to allow Pakistani General Nasrullah Babar (not Mullah Omar) and his army of teenagers in Toyota trucks to enter the city.

Despite deteriorating security conditions, WAW, which operates shelters for battered women and children and family counseling centers, will continue to work. Naderi agonized, “We have 28 facilities around the country filled with women and children, where else will they go?”

Afghanistan media coverage over the past twelve years brings out the fight in Lauryn Oates of Canadian Women for Women in Afghanistan (CW4WAfghan). As CW4WAfghan Projects Director, Oates manages the development and operation of schools and literacy programs across Afghanistan. “The media selectively focuses on the latest bomb blast or kidnapping, while ignoring the country’s transformative progress,” as evidenced by the 7 million children now enrolled in school, 2.7 million of whom are Afghan girls. Under the Taliban, women and girls were forbidden from working and attending school.

“Americans are saying nothing,” protested Hyneman, “Because our government has not told them about the progress, so Americans believe nothing has happened except corruption in government.” Frightened on behalf of a nation she has served for over a decade, Hyneman continued, “The Afghan people do not want the troops to leave. They are terrified.”

Hyneman fears Afghanistan’s future will be a bloodbath. “I have never wanted to be wrong about anything as much as I want to be wrong about this.” Karzai has not yet signed the bill, so there is a glimmer of hope against the Afghan Parliament and President Karzai selling out Afghan women to the Taliban.