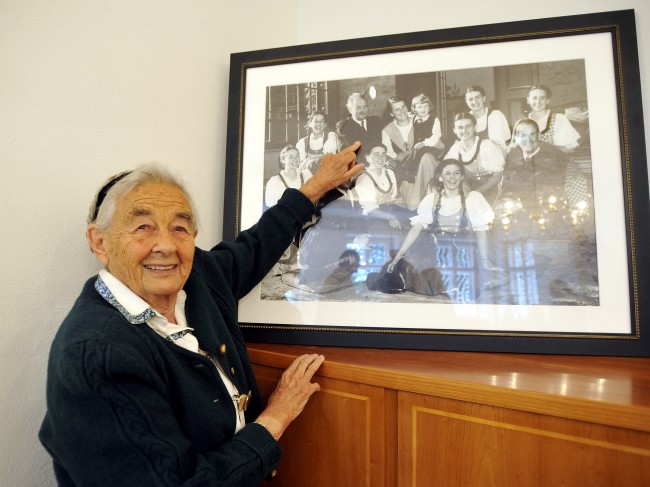 The last surviving von Trapp sibling, Maria, has died at the grand age of 99. She was the reason for the governess, also named Maria, to attend the family, which led to the siblings’ baron father falling in love with her.

Many people have heard of the family from the musical The Sound of Music which has been performed around the world, including on the West End and Broadway stages. It was also a movie, starring the legendary Julie Andrews. Andrews portrayed the role of the governess, Maria. To avoid confusion with the names, the last surviving sister was renamed as Louisa.

Maria von Trapp was the baron’s third eldest child with first wife Agathe. Agathe died in 1922 from scarlet fever, which the young girl had. She couldn’t walk to school, and needed a governess to continue with her studies. The family went onto learn a variety of music instruments and formed a choir, which toured around the world after they escaped Nazi-occupied Austria. The family travelled around Europe before escaping to the United States. By this point, the governess had married the baron.

In 1949, the former governess wrote a book about the family and that was eventually adapted into a movie and stage show. The governess never had a bad word to say about the movie adaptation of the book, which was also about her journey from convent to being the wife of the seven step-children. She died in 1987, after having three children of her own with the baron. Ms. Von Trapp is the last of her step-children to die at the age of 99. Her own three children are still living.

In 2008, the last surviving sibling had the chance to go back to the home she lived in for over a decade in Salzburg. It had just been opened to the public as a museum and hotel and was the first time she had seen it since the Nazis confiscated it in 1939. It was an emotional time for the  then-93 year-old, especially when she remembered the time of sliding down the railings in the hallway.

Ms. Von Trapp, who chose to never marry, said that the movie portrayal of her father was very different than her real father. The baron came across as very strict and focused on discipline, but this was never the case for the family. However, she did explain that the movie and musical were never supposed to be documentaries. They were works of historical fiction based on the book that her step-mother had written and had published.

Despite being a member of the family choir, she was also a lay missionary. She was based in Papua New Guinea, where she met Kikuli Mwanukuzi. She eventually adopted the boy and then moved him to Vermont so that she was close to her own family again. Her adopted son has outlived his mother and will be spending this time grieving. Ms. Von Trapp was the last sibling of the family choir and died of natural causes in her family home at the grand age of 99.