Yingluck Shinawatra Left Bangkok in the Wake of Escalating Violence 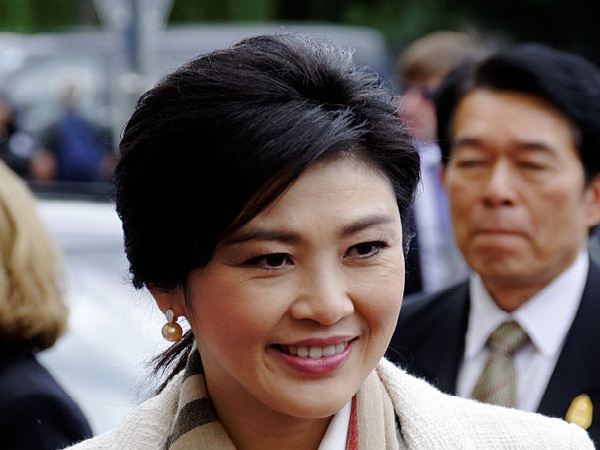 The Thai Prime Minister Yingluck Shinawatra has left the capital of Thailand, Bangkok, in the wake of the escalating violence. For several weeks already, the anti-government protesters have blocked parts of the capital resulting in an intense and often violent stand-off with government forces. Amidst this confusion, Yingluck Shinawatra left the capital and is currently holding office about 150 kilometers away from Bangkok. However, her exact location cannot be determined as of this time.

This was confirmed by the Thai Foreign Minister, Surapong Tovichakchaikul, who said that they will be having a cabinet meeting on Tuesday and that the venue is very possible to be held outside of Bangkok. With regard to the exact location of the prime minister, Surapong said he has no idea where she is right now. The prime minister’s office is also unable to confirm how many days Shinawatra has been staying outside of the capital as well as information on when she will come back.

Violence continues to erupt in Bangkok as two children with ages four and six and a 59-year-old woman died Sunday after a grenade exploded in a busy shopping area. According to the initial investigation of the police, unknown attackers used an M79 grenade launcher to fire into the crowd resulting in the immediate death of the three and wounding several others. This attack on civilians came just a day after a boy aged 12 and a 40-year-old woman also died in an attack that happened near the Central World shopping center.

Prime Minister Yingluck Shinawatra described these attacks as “terrorist acts for political gain” and reiterated that her government will not condone these criminal acts. She has ordered a full investigation on the matter.

Meanwhile, on Monday a police officer died after nearly a week in the hospital due to a fatal injury caused by a gunshot in the head. The police officer was shot during a gun battle last week with protesters in Bangkok which claimed the lives of five people, including another policeman. These violent attacks are mostly observed in the Thai capital, although several more attacks were recorded outside of the capital, particularly in the eastern province.

In a rare televised speech, Army chief Prayut Chan-O-Cha warned that violence could still escalate if these are not controlled. The worst thing that could happen is that the country could collapse and nobody will emerge the victor because everybody will lose, added Prayut.

Prayut also said that the military are “ready to do their duty…[but] do not want to use force and weapons to unnecessarily fight with the Thai people.” Analysts interpreted the declarations of the Army chief as a sign of a possible intervention. Ever since Thailand became a constitutional monarchy in 1932, the country has already experienced 18 coups or attempted coups, largely participated in by military personnel, meant to topple the existing government of that time.

In this series of violent attacks no groups have confirmed responsibility. However, according to BBC’s Jonathan Head, who is stationed in Bangkok, this may be the start of the retaliation of the “red shirts” armed group against the protesters. The red shirts support the governing Pheu Thai party. They grew frustrated at the failure of elections this month, which they believe they could have easily won had the protesters not sabotaged it, Head said.

The protesters wanted to remove Yingluck Shinawatra from office because they believe she is just being used by her brother, the former Prime Minister Thaksin Shinawatra, who was ousted from power in 2006 due to corruption charges. If she is removed, they demand that she be replaced by a “people’s council.” The protesters came mostly from the middle class south, while those loyal to the Shinawatras came mostly from the rural north and northeast.

Suthep Thaugsuban, a protest leader, said that the government should bear responsibility for all the violence and death. “We use peaceful tactics…in past four months, we have never created any violence.” Suthep added.

With the escalating violence in the Thai capital of Bangkok, Thai Prime Minister Yingluck Shinawatra has left the capital and established office about 150 kilometers away. Could this be a sign she is now on the run, as protesters have suggested?