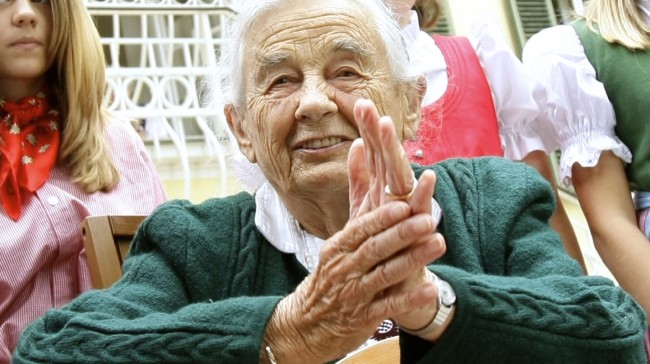 With the news of Maria von Trapp passing away at the age of 99, it is a good time to separate the fact from the fiction. Many people may have been confused at first hearing that the last surviving sibling has died, considering there was not a sibling named Maria in the hit movie and stage show The Sound of Music.

The name change was one of those mainly due to the possibility of people being confused, considering the lead female role in the movie is also named Maria. The story is mainly about the governess’ life from convent girl to the governess of the von Trapp family. It is how she and the baron fall in love and marry, and she becomes the mother of seven children who create a family choir. The third eldest’s name was changed to Louisa for the sake of the fictional works.

All the names of the children were actually changed in the movie. There has never been a reason for this to happen.

The movie only ever showed the children singing. However, they were all highly talented in playing musical instruments, including the violin and the piano. Von Trapp made sure the fact was separated from the fiction when she explained how the house would have sounded like a “musical conservatory.” There was always a range of instruments being played at the same time in different parts of the house, and each sibling would play something different.

Originally, the governess was there for just one child—Ms. Von Trapp. The third child had scarlet fever and found it difficult to walk to and from school. Eventually, she did teach the other children, but that was not how the movie was portrayed. This was likely changed to help cut the timing down to a suitable length for a movie.

Loving the baron was never the reason for the governess to marry him. In her autobiography Maria, Mrs. von Trapp explained that it was the children she fell in love with. She was a deeply religious person and came from a convent. It was the nuns who said that marrying the man was God’s calling, so she did it. She eventually fell in love with him, but that is not the way the movie portrays it. Of course, doing it the real way wouldn’t have made a good story!

The movie also showed the wedding after they fled Nazi-occupied Austria. In reality, the pair married in 1927, 11 years before they fled the country and moved to the United States. They also had three children of their own, taking the number of children to 10.

Fiction regularly distorts or stretches the truth, and that was definitely the case for The Sound of Music. Unlike many other cases, the 99-year-old was never bothered by it. She actually found it amusing. However, it is important to separate the fact from the fiction surrounding Ms. von Trapp’s life.