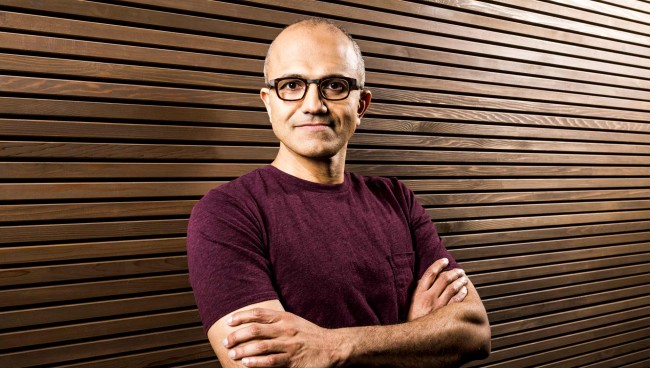 Becoming one of the top software developers is no easy task; certainly to achieve that position Microsoft must have their own secrets to success. But what could be so effective to help the company become such a corporate giant? It quite possibly may be the decision to appoint the right people for the job.

A company is comprised of individual people and so how well a company performs ultimately depends on the capabilities and limitations of these individuals, much like an intricate machine only works when the individual components synchronize in perfect harmony.  A company requires a bit more than individual participation, though, another crucial factor is needed, and that is a determined leader. Hence it was quite odd for a few when Microsoft announced that its next CEO would be Satya Nadella, someone who has never had experience running a company before.

Nadella might lack the necessary experience but he possesses a few qualities that the other candidates did not. For starters, he is an education enthusiast, as is apparent from the many degrees he has obtained and the multiple fields he has studied, both a testament to his desire to learn. Apart from his education, he also has the best numbers compared to the other candidates. He has remained loyal to the company for a massive 22 years. That must have been proof enough of his commitment and determination towards the corporation to earn him the job. Identifying and appreciating the qualities of others that are otherwise ignored might be the secret to how Microsoft has remained successful through the years.

Nadella’s reason for success, however, might not be such a secret after all. Nadella credits his success to the sport cricket which he grew up playing. Not just any form of cricket, he attributed his prosperity to the truest form of the sport and specifically mentioned “Test Cricket.” Belonging to Hyderabad, Nadella lived in a land where many Indian cricketing legends were born. That may be why the love for the sport was instilled in him at a very early age. For many the connection between playing a sport and running a company might not be there, but for Nadella it was the source of his professional triumph. Cricket taught him the most important aspects of running a company, leadership and teamwork. Maintaining order as part of a team to handle emotional, psychological and physical struggles while facing their opponents taught him the value of leadership. Working together to overcome the opposition taught him the worth of teamwork.

Much is still left to be seen as to what is in store for the future of Nadella and Microsoft. How Nadella will do is still anyone’s guess, but he is quite confident in his abilities. Nadella is determined to change the world and take Microsoft to new heights but plans to do so by honoring the efforts of his predecessors. His morals and values might be one of the reasons why Microsoft appointed him as its new CEO and trusting in those who show determination just might be Microsoft’s ultimate secret to success.