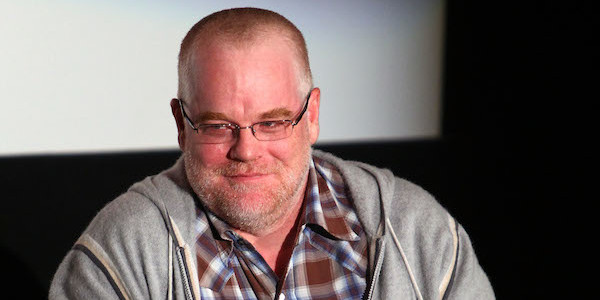 A magazine recently released a supposed interview with playwright David Bar Katz, the same man who discovered Philip Seymour Hoffman’s body. In the interview, Katz claimed the two of them were having a gay affair. The actors substance abuse problem was known to be the cause for his breakdown with longtime girlfriend, Mimi O’Donnell, however the interview has Katz revealing that the root problem was his confusion with his sexuality.

In 2006, Hoffman admitted he had substance abuse problems when he was younger after graduating from university. The actor had remained sober for more than 20 years until last year when he checked himself into rehab. It is believed that the collapse of his relationship with costume designer Mimi O’Donnell is what led to him returning to his addiction. The relationship had stretched for 12 years, going back to 1999 when they met on the set of In Arabia We’d All Be Kings. The couple would eventually have three children together.

Hoffman’s supposed lover Katz was with a personal assistant when they discovered him lying unresponsive on the bathroom floor of his Manhattan apartment. This was all prompted by his absence in picking up his children on Sunday morning. Hoffman was found with a needle in his arm and 20 used syringes were also discovered in his room along with 49 bags of heroin. The heroin was not tainted with fentanyl, as previously alleged, which is linked to over 20 deaths in west Pennsylvania. However, it is assumed there was another deadly ingredient mixed into the heroin.

In regards to Philip Seymour Hoffman’s gay affair, Katz has since outright denied it. In addition, he also claimed he never even had an interview to begin with. Katz’ friend told the Daily News that the lie is vulgar and disgusting and legal action will be taken. On the other hand, the Daily Post said that the editor in chief of the publication expressed how he was surprised as he was confident that the interview did indeed occur on Sunday by a reporter in the staff.

The UK Mirror reports how Philip Seymour Hoffman went public saying, “if I don’t stop now, I know I’m going to die.” They also claim he was so hooked that he told a stranger he was a heroin addict in response to what he did for a living. Autopsy results are expected to be released later today.

Whether or not Katz did indeed claim Philip Seymour Hoffman was gay is a story that should not have been released to begin with,  as many fans feel it disrespects the passing of a great actor. Hoffman is to be buried in a private funeral as requested by his family. His service will be arranged by Frank E. Campbell Funeral Home, famous for planning funerals for such celebrities as James Cagney and Jaqueline Kennedy Onassis.

One Response to "Philip Seymour Hoffman Claimed to Be Gay?"