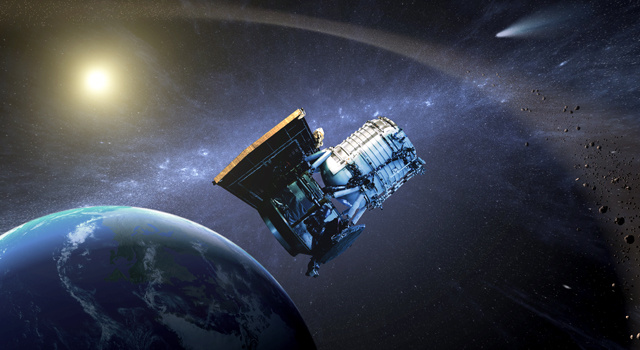 If identified in time, asteroids that crash into Earth are referred to as near-Earth Objects (NEOs) by NASA scientists.  Identifying these objects has been one of the top priorities for astronomers worldwide.  A new program endeavors to redirect an asteroid that is on the path to Earth and to place it somewhere in reach in order to conduct analyses on its composition, and avoid a destructive event on Earth. NASA now offers the world’s population a “savior plan.”  The actual program known as the Asteroid Redirect Mission (ARM), will draw an approaching asteroid out of alignment with Earth and place it into lunar orbit.  All that is reportedly needed to identify a desirable target, and NEO, is an astronomer with an optical telescope.

After the NEO-identified asteroid is discovered, the findings are sent to the Near-Earth Object Program Office at the Jet Propulsion Laboratory in Southern California.  The computer there runs calculations and algorithms the senior scientist uses when contacting the next station.  Deep Space Network Station in Goldstone, California, and the Arecibo Observatory in Puerto Rico are the next astronomical groups to receive the data and run further analyses. The final station to receive data on the recorded asteroid is the Infrared Telescope Facility in Hilo, Hawaii.  There, a final assessment will be rendered which decides whether or not to put the identified asteroid on the ARM list.  This is a process that requires substantial funding and lately, enough is said to be unavailable.

The NEO Program Office has identified over 10,000 near-Earth objects, which may or may not pose a threat to humankind, but has potential.  The ARM program, however, does more than seek to prevent annihilation of the human species; it also endeavors to discover the origins of this solar system and others.  It further aims to investigate comets and meteorites like the Chelyabinsk Meteorite seen in 2013.

Last year on Feb. 15, a meteorite the size of an “Olympic swimming pool” came crashing down after it made its entrance through the atmosphere.  The Chelyabinsk Meteorite exploded over central Russia just 20 or 30 miles above land.  This explosion caused a rain of fire and an atomic shock-wave, inflicting $30 million worth in damages.  1,200 people are estimated to have been injured; the Interior Ministry said the explosion released a sonic boom and disrupted cell phone networks. One step taken that could have prevented this catastrophe, funding provided, was the NASA operated NEO Wide-Field Infrared Survey Explorer (WISE).  This space-based telescope was reported early 2013 to be in hibernation after a complete mission-run, identifying nearly 160,000 asteroids, and many other objects. The WISE proved to be highly beneficial, offering NASA and astronomers many new coordinates that can be useful to the Asteroid Redirect Mission, or “savior plan.”

A question pertaining to the advancement of space programs rests heavily upon the budgetary policy.  For fiscal year 2014, NASA has been given a budget of $17.6 billion, as is reported by economy writer, Kimberly Amadeo.  $4.1 billion has been allocated to space exploration which includes the Multi-Purpose Crew Vehicle and Space Launch System Flight Programs.  Some say this budget is not enough, referencing the $30 million in damages and 1,200 people claimed to have been injured by the explosive meteorite of 2013.  In comparison to other governmental departments, the NASA budget is significantly lower.  Some reports say the Defense budget has been set at $618 billion; Health and Human Services, $78.3 billion; Agriculture, $21.5 billion.

It will be hard to tell if the budgetary policy is adequate from simply looking at the numbers, when responsibilities and financial burdens differ across departments.  Skeptics would like to see more advancements in space exploration. The NASA ARM program offers, what some people believe to be, our final frontier and salvation, or at least an attempt at a “savior plan.”  The NEO program shows efficacy in its mission goals, while the ARM endeavor might bring in valuable information scientists have been searching long and hard for.