NFL Players Running Riotously Out of Bounds in U.S. 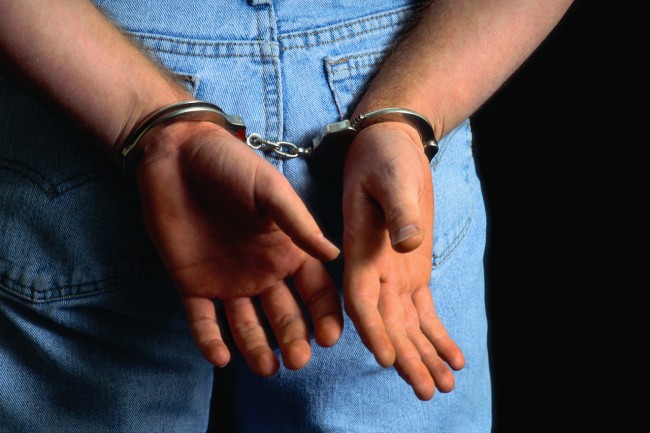 It’s happened again. Another football player has been charged with a serious crime. Darren Sharper, a former NFL player with the New Orleans Saints, was officially charged with two counts of rape and several drug charges by prosecutors in Los Angeles. Observers contend its yet another instance of NFL players running riotously out of bounds in the U.S.

Allegations are that Sharper, now 38 and a five-time Pro Bowl player, engaged in a pattern of drugging women and then sexually assaulting then. He is due in court on February 20, 2014 for his arraignment.

Last year, the still active player Aaron Hernandez, age 23, a star receiver with the New England Patriots, was charged with murder in a Boston homicide occurring in 2012. Hernandez is also being investigated for two other homicides. He has been cut by the Patriots and awaits a trial or disposition in his case. If convicted, he faces life behind bars without parole.

Lest fans forget, here are some other notable NFL players who have tangled with the law recently.

Plaxio Burress. Still active at the time with the New York Giants and a Superbowl star, he was convicted of attempted criminal possession of a weapon. The case was disposed of by plea bargain.

Rae Caruth. A member of the Carolina Panthers when he was arrested, he was convicted of conspiracy to commit murder. Serving time after receiving a 34-year sentence, he is expected to be released in 2018.

Thomas “Hollywood” Henderson. Retired from the Dallas Cowboys, Henderson was convicted of sexual assault and bribery. He was sentenced to four years, eight months and was released after 28 months.

Daryl Henley. This Los Angeles Rams star was convicted of drug trafficking and attempted conspiracy to commit murder. He was sentenced to 41 years and is expected to be released in 2031.

Dave Meggett. Retired from the New York Giants, New England Patriots and New York Jets, he was convicted of criminal sexual conduct and burglary and was sentenced to 30 years.

Dexter Manley. This popular Washington Redskins player, who was still active when arrested, was convicted of drug possession and burglary. He served over three years in jail.

Of course, the National Basketball Association, Major League Baseball, NFL Hockey and other high-profile sports have had their share of active and retired players who have had serious brushes with the law. Many professional athletes appear to have a high number of domestic violence incidents as evidenced by periodic news reports.

Then there’s alcohol and narcotics. Many professional athletes are said to use recreational drugs on a broad basis. Even college athletes are not immune from this behavior.

Two very high-profile professional athletes who have drawn attention recently for their behavior are cyclist Lance Armstrong, who admitted to many misrepresentations about enhancing his performances with drugs,  and handicapped sprinter Oscar Pistorius, South Africa’s  ‘Blade Runner,’ who is charged with killing his girlfriend.

The question is why? What’s with all the unnecessary roughness?

Just why do NFL players run riotously out of bounds?  Is it something about the sport? Does on the field behavior lead to off the field violence? Is it the hyper aggression rooted in the “just win” mentality. Is it about celebrity? Is it about an individual’s psychological profile? Is it some combination of the above?

Mental health professionals appear to have mixed views on the subject.

Some say there is an obvious corollary between athletes and violence as sports competition breeds violence and aggression. Other mental health professionals say the evidence is inconclusive and that expressing aggression is a healthy way to funnel rage and hostility.

There are some studies that do suggest athletes are statistically more likely to be involved in sexual assaults as opposed to non-athletes.

Some observers also feel that many pro athletes come from poor backgrounds and environments where violence is more prevalent. This is not supported by the research say many psychologists.

There is also some research that suggests that professional athletes do see themselves as ‘special persons’ and may  feel they can bend the rules a bit more that average people  and engage in more self deception. The same could be said for many entertainment industry celebrities.

Often times professional athletes’ behavior is fueled by sports fans that embrace athletes and elevate them to something akin to ‘superhero’ status. Yet in real life, superheroes do not exist. Until they do, expect to see more NFL players running riotously out of bounds in the U.S.