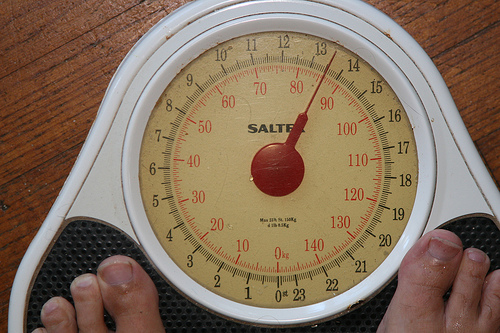 Obesity rates are dropping for teenagers in the U.S., but poor kids remain less healthy. The reasons for the decrease in obesity rates are shared throughout medical journal PNAS. Journal authors say the trend is limited however, to families “with education and income.” That leaves out kids from disadvantaged backgrounds.

Families with the economic means are better able to afford healthier foods and recreation that keeps the body moving. The study explains, that right after 2000, “obesity was up” across the board for teenagers regardless of background. When the decrease started for obesity those losing were not from poor families.

The PNAS study suggests, a “class” isolation is taking place, where those with more are able to do more, in this case specifics point to making better and healthier choices. Educating and encouraging teenagers to grab healthy snacks from the refrigerator and off cabinet shelves only works, if the household food supply supports the food grab.

Julie Metos, a registered dietician who works with teenagers, sees trends moving towards better health. Metos says there are reasons why the drop in obesity continued for some teenagers by sharing that “households and schools moving away from sweets and white grains, and trading up for healthier choices that include, whole grains and vegetables.”

Which makes sense, when parents are modeling behavior and eating better. Hillary Chrastill, a registered dietician says, “youth are making better food choices.” and finds it, “heartening,” noting that food habits are formed at an early age. “Early eating habits form patterns for teens.” Chrastill said. She concludes that teenagers who attend schools that count “pizza or fast food as vegetables,” “will not order a “salad.”

Her comments have credibility because the same healthy choices may not be available in school districts that are unable or unwilling to offer healthier choices. The report tends to swing towards better options being a matter of class and affluence. This is in direct correlation to the drop in obesity rates for U.S. teenagers and a case in poor kids remaining less healthy.

Metos states another barrier for poor kids is not being able to take part in organized sports. Chrastill says, “When kids get exercise at school through sports and swim activity, it can put those from poor families at a disadvantage.” She adds, “It also comes in the inability to pay for team sports that include registration fees, transportation, equipment, and uniforms.” What most homes have and parents can afford in varying degrees are television sets. This gives kids of all backgrounds reasons and an excuse for not exercising. Thumbs don’t count when playing a video game or sitting parked on the couch for hours at a time. A football or dodge ball is within reach for most people. Encouraging to get outside and play if weather is permissible seems a doable action.

The class barrier is a real issue to obesity. “When parents are working two jobs to maintain the extra curricular does not happen.” says Registered Dietician, Kellie Horton. The push to even the divide will have to come from the communities that are most in need of exercise and better nutrition. Community leaders will have to find creative ways to implement programming and adults willing to volunteer time in the push for positive change. If not, only some teenagers will continue to see a drop in obesity in the U.S., while poor teens continue to remain less healthy.