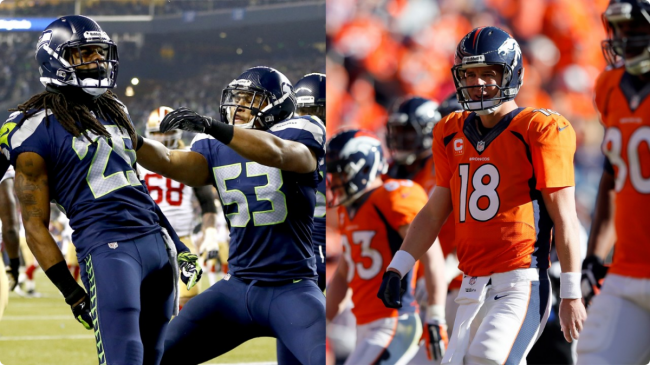 The Seattle Seahawks started out strong and beat the Denver Broncos to win Super Bowl XLVIII with a score of 43-8. In the week leading up to the biggest game of the NFL season, the Seahawk camp acknowledged the Denver offense that set records in the 2013-2014 season, but reportedly anticipated Super Bowl Sunday to show the world what their team could do. As the final score shows, the Seattle Seahawks outplayed the Denver Broncos and walked away victorious.

The facts speak for themselves: the Seattle Seahawks had the Super Bowl XLVIII’s MVP, Malcolm Smith, the first defender to win the title in 11 seasons. The all-star linebacker returned an interception for a 69-yard touchdown in the first half after multiple field goals, to enter halftime with the dominating score of 22-0. When the game resumed, Seahawks receiver, Percy Harvin ran a kickoff return for 87 yards, scoring a touchdown as the first play of the game’s second-half.

The Denver Broncos, on the other hand, gave up points immediately to lose the Super Bowl to the Seattle Seahawks. In the opening play of the game, a Bronco miss-snap lead to the quickest points ever scored in a Super Bowl: two points for a safety within the first 12 seconds of the game. The Denver Broncos were held to just 306 yards all game, and Peyton Manning, the team’s quarterback, threw two interceptions. As a team, the Broncos had 26 turnovers throughout the 2013-2014 NFL season and during a single game, which happened to be the Super Bowl, the team had four forced turnovers.

Although he was named MVP of the 2013-2014 NFL season, Peyton Manning did not play like the most valuable player. The record for most losses in a post-season stands at 11, but the Super Bowl XLVIII loss on February 2, gives Peyton Manning 12 losses in his post-season career, a new record. While he was crowned MVP for the fifth time just before the biggest football game of the year, his performance and that of his team did not earn that title. While it takes an entire team to win or lose, the leader of the Broncos had a tough game. Manning was forced into four turnovers, making it nearly impossible for the Denver Broncos to complete a successful play.

A redeeming moment came for the Denver Broncos in the final seconds of the third quarter when the defense that fans had watched all season finally came alive. MVP Peyton Manning threw to Demaryius Thomas for a 14-yard completed pass, and touchdown. The play was followed with a successful two-point conversion, but the team was unable to further perform during the fourth quarter.

Even though the Seattle Seahawks is a team of first-time Super Bowlers, with the last team visit in 2005, the group pulled out the win over the more veteran Denver Broncos. The Seahawks collectively earned the title of Super Bowl XLVIII champions with solid offensive and defensive plays throughout the game. Another Super Bowl XLVIII fact: this game was only the fifth occurrence of a matchup between the NFL team who scored the most points throughout the regular season playing against the NFL team who allowed the fewest points throughout the regular season. Super Bowl XLVIII continued the outcome pattern in which the defensive team, who allowed the fewest points all year, wins the NFL championship game.