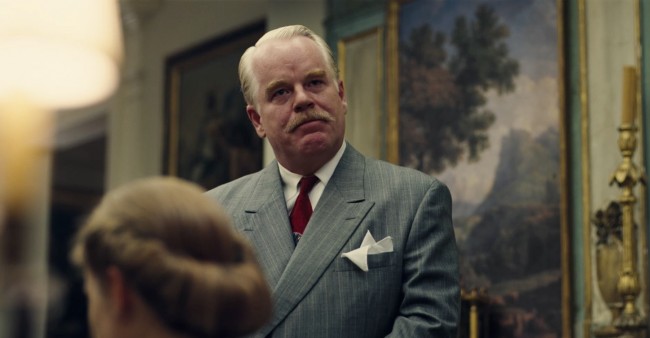 The world was shocked by the news of actor Philip Seymour Hoffman’s sudden passing. The character actor had built for himself a well-earned reputation as being one of the best working in the field. A retrospective look at the life and career of Hoffman shows just how versatile the actor was when it came to his characters. From his breakout role as a classmate of Chris O’Donnell’s in Scent Of A Woman to his appearance in the mega successful Hunger Games franchise, Hoffman always strived to find a new unexpected spin on the character he was portraying.

Hoffman was born in Fairport, New York in 1967. Hoffman’s mother, Marilyn O’Connor was a family court judge and lawyer while his father worked for Xerox. Hoffman received a BFA in drama from New York University’s Tisch School of the Arts in 1989. After graduating, Hoffman had to enter rehab for drug and alcohol addiction and had remained sober until he reportedly relapsed in 2013.

When Hoffman was still working as a deli clerk for a city grocery store, he landed his breakout role in Scent Of A Woman in 1994. Throughout the rest of the nineties, Hoffman worked with some of the most respected auteurs in cinema. Paul Thomas Anderson first cast Hoffman as a young craps player in his debut feature Hard Eight. Their second collaboration caught the attention of everyone when Hoffman played Scotty in Anderson’s Boogie Nights. Hoffman next played the role of Brent, Mr Lebowski’s assistant, in the Coen Brothers’ cult comedy The Big Lebowski. In 1998, Hoffman worked on the Todd Solondz pitch-black dark comedy Happiness and won rave reviews for his performance as a very sexually disturbed man. Paul Thomas Anderson reunited with Hoffman on his third film, the sprawling epic opus Magnolia in 1999.

At the dawn of the new millennium, Hoffman was cast as the premier rock critic Lester Bangs in Cameron Crowe’s love letter to 70s rock music, Almost Famous. In 2002, Hoffman played a part of Spike Lee’s ensemble for the 25th Hour. When Anderson was ready to make his fourth film, Punch-Drunk Love, the American filmmaker called upon Hoffman to be the the ugly foil to Adam Sandler’s unhinged character, Barry. In 2003’s Owning Mahowny, Hoffman was cast in the lead role as a bank employee with a very serious gambling addiction. The film showed critics of Hoffman’s captivating ability to command the screen with simply his presence. Never one to allow himself to be boxed in, Hoffman took a supporting role in the Ben Stiller comedy Along Came Polly. Hoffman would receive his first Academy Award nomination and only trophy when he played the lead role in Bennett Miller’s 2005 biopic Capote.

The role and award catapulted Hoffman to his status as one of the cream of the character actor crop. The actor followed his award-winning performance with a scene-stealing turn as Owen Davian in 2006’s Mission: Impossible 3 playing the antagonist to Tom Cruise’s super spy Ethan Hunt.  In 2008, Hoffman was nominated for his first best supporting actor award by the Academy for his performance in Charlie Wilson’s War. He followed that with another nominated supporting performance in the drama Doubt. Highly-acclaimed screenwriter Charlie Kaufman next cast the actor in the lead role in his only feature film Synecdoche, New York.

A retrospective on the life and career of Philip Seymour Hoffman would not be complete without the mention of his accomplished theatre work where he was nominated on three separate occasions for a Tony award. Hoffman received his final Academy award nomination in 2013 for his supporting role in Paul Thomas Anderson’s sixth film The Master.

In addition to acting, Hoffman directed one feature film, 2010’s Jack Goes Boating. Hoffman played a limo driver that became entangled in the lives of two New York couples in his directorial debut. The character actor had announced that he planned to direct a follow-up just days before his passing. The film was to be a supernatural thriller starring Jake Gyllenhaal and Amy Adams called Ezekiel Moss.

Hoffman had a long relationship with costume designer Mimi O’Donnell. Together, the couple had three children, one boy and two girls. A retrospective look on the life and career of Philip Seymour Hoffman makes it clear clear how large a hole he will leave in the lives of many.

The Globe And Mail

One Response to "Philip Seymour Hoffman Life and Career Retrospective"