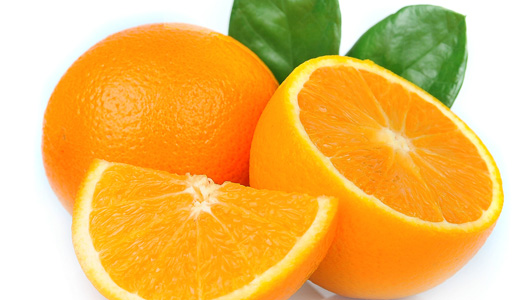 This past Friday, a small team of French researchers declared to have found a link, within their study results, for reducing the risk of strokes and the consumption of vitamin C foods and supplements, including the citrus bite of an orange. The study still is in progress and experts in the field advise patients to seek their doctor for formal diet plans and lifestyle solutions, before accomplishing any self treatments.

Dr. Stephane Vannier is the lead researcher on the study. He states the study “suggests” individuals who had lower vitamin C ratios were at higher risk for “brain hemorrhages.” Vitamin C is found naturally within foods like oranges, strawberries and broccoli. The consumption factor is now tied into this French developed study as a potential aspect of reducing the risk of a stroke.

Vannier did err on the side of caution and warned individuals from consuming vitamin C supplements if there is “no deficiency.” It is best to seek out the confirmed opinion of a doctor familiar with a patient’s health history. The link of vitamin C and brain bleeds received a take from Cleveland Clinic stroke specialist, Dr. Ken Uchino.

Uchino did agree vitamin C has been linked to the “integrity of tissue,” which may allude to reducing the risk of brain bleeds. Uchino states a vitamin C deficiency is only one factor when it comes to raising the risk of strokes, pointing to an overall unhealthy lifestyle. How was the study conducted?

Vannier and his research team gathered 65 individuals who had suffered from a hemorrhagic stroke. His team then welcomed 65 healthy people who had not encountered a stroke. The researchers gathered blood samples to reveal some of the following facts:

The researchers reported the healthy participants all came back with passing grades on the normal levels. The participants who suffered from a stroke reported the highest levels of depleted vitamin C. The study reaffirms the aspect of choosing a healthy lifestyle. Vannier states the study is ongoing and shows depleted levels of vitamin C can mean longer hospital stays after a stroke.

Vannier states his study focused on the results reporting those individuals with depleted or deficiencies of vitamin C may be at a higher risk for stroke. Additionally, the MD from Rennes, France states high blood pressure, consumption of alcoholic beverages and weight gain attribute to the increased risk.

The American Academy of Neurology holds an annual meeting, this year it will be in Philadelphia starting April 26. The results of the study will be presented to the doctors in the attendance. Over 27,000 neurologists and neuroscience professionals are expected to arrive to the event, and weigh in on the study.

The small French study held, estimates a link between vitamin C and the reduced risk of strokes. Vitamin C is enriched within many foods, including the sweet taste of an orange. Individuals should sit down with their doctors if stroke is a concern, to detail a lifestyle plan which includes eating habits, exercise and a daily routine.