By Tracy Rose on February 6, 2014Comments Off on Subway Received Petition to Remove Chemicals From Bread 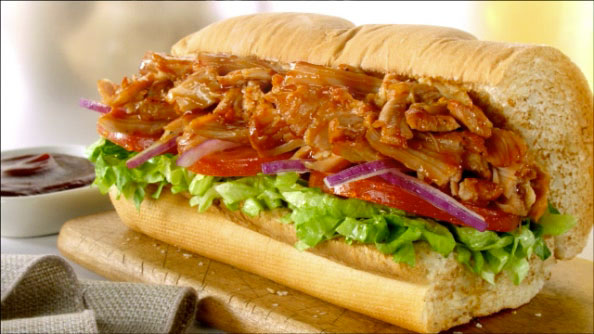 Subway is under pressure to remove a chemical from its bread, thanks to a blogger who insists that the recipe be changed. Vani Hari found that Subway uses azobisformamide in products they promote as healthy. The chemical is used to bleach bread and increase its elasticity. Subway received her petition to have the dough conditioner removed and got over 57,000 signatures in support of the recipe change.

The FoodBabe.com blogger sent the petition to Subway headquarters in an effort to persuade them to remove the chemical from their bread products. She points out that azobisformamide is the same chemical used to make yoga mats and shoe rubber. The orange powdery substance is added to food to make it whiter, bigger and extend its shelf life. It comes with a price, however.

The World Health Organization (WHO) states that the chemical used to produce air and make bread lighter can cause allergies and asthma. The additive is currently banned in Australia, Europe and the U.K.

Subway responded by stating that they were already in the process of removing the chemical, even though it is FDA and USDA approved. The FDA states that the chemical is safe when used within the guidelines set for food products, which is not to exceed 45 parts per million. Azobisformamide is known as a Generally Recognized as Safe (GRAS) food additive, according to the FDA. It is commonly found in frozen appetizers, packaged meals, buns, breads, cakes and pies. It is also found in many fast food items to maintain freshness longer.

The central theme at Subway is to “Eat Fresh,” offering a healthy fast food alternative. The American Heart Association (AHA) has its seal of approval on Subway products, giving customers the idea that they are getting healthy ingredients. Since word has spread about the chemical in their bread, the company’s Facebook page has been filled with comments about serving natural foods, asking them to remove high fructose corn syrup and remove toxins from their menu items.

Subway recently joined the Partnership for a Healthier America and the First Lady’s initiative to get kids moving and making healthier food options. Michelle Obama held a press conference last week at a Subway restaurant in Washington D.C. She was promoting the sub shop for providing a healthy alternative to fast food, especially for kids. Their kids menu options include subs, fruit, yogurt and milk for less than 600 calories.

The petition Subway received to change their bread recipe is another incidence where the public is pressuring companies to make healthier products with all natural ingredients. Last year, PepsiCo agreed to reformulate Gatorade to eliminate a known flame retardant. In January, General Mills announced that they would remove GMOs from Cheerios. Both of these changes were sparked by public complaints.

While Subway states the change was already underway before receiving the petition, they have not given a time-frame for when to expect the chemical-free bread to appear in their 41,000 locations. Hari’s petition has gained a lot of attention and she urges people not to eat the subs until the chemical has been removed, regardless of whether it is FDA approved or not.