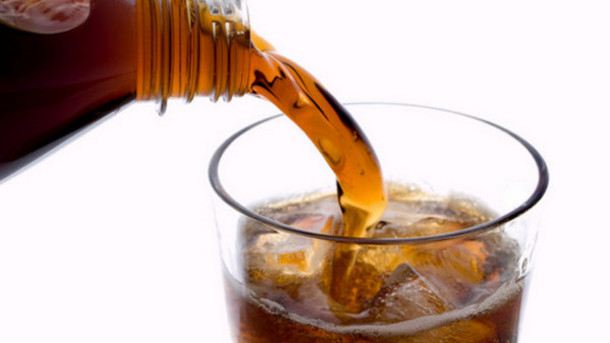 Consumption of added sugar, according to Quanhe Yang of the CDC, increases one’s risk of cardiovascular disease “exponentially.” While sugar may not technically be a poison, eating more than the recommended daily allowances of the sweet stuff can kill you just the same as a poison will, though over a longer period of time.

Added sugar not only causes cavities and makes us gain pounds, but it could be cutting years off of our lives, according to a recent study. Those candy bars, slices of cake or pie, cookies, and soft drinks you consume without a second thought are all increasing your chances of getting heart disease and dying prematurely.

How much sugar consumption is too much?

It doesn’t take very much added sugar in our diets to be considered to be “too much.” The American Heart Association recommends that women restrict their daily sugar intake to 100 calories in total, which is the equivalent of six teaspoons worth. They recommend that men have no more than 150 calories of their diets be made up of added sugars — that’s about nine teaspoons of sugar in total.

However, 15 percent or 300 calories out of 2000 total recommended calories of the diets of adults in the USA, on average, in 2010 was made up of added sugars. That’s triple the amount of sugar intake that women should have per day, and double the intake of sugar per day which men should have, according to the American Heart Association.

The World Health Organization (WHO) has slightly different recommendations. They suggest that people should limit their overall consumption of added sugars to less than 10% of their total daily caloric intake.

One can of soda contains 140 calories of added sugar

How much sugar can a person consume before he or she goes over the recommended daily allowances of it? According to the CDC’s senior scientist, Yang, not much more than one can of soda’s worth. One can of soda has around 140 calories of added sugars in it. That’s seven percent of the 2000 calorie-per-day diet generally recommended for adults.

According to Yang, some of the biggest sources of unhealthy added sugars in the diets of American include fruit drinks (as opposed to fruit juice), beverages sweetened sugar, ice cream, candy, and other desserts.

Besides the recent study by Yang and his colleagues in the JAMA Internal Medicine, which you can read in its entirety by clicking on the last link below, other research has also linked a higher than recommended intake of added sugars to heart disease, stroke, type 2 diabetes, obesity, and high blood pressure.

For the JAMA Internal Medicine study, Yang and his fellow researchers reviewed the input of over 31,000 people who took the National Health and Nutrition Examination Survey (NHNES). The NHNES involves in-person interviews about the dietary habits of the people surveyed.

Yang and the other researchers took into account other factors in the study, such as the amount of the people who smoked, their total cholesterol levels, weight, diets, and levels of physical activity.

The findings and implications of the study

Among the findings and implications of the study, Yang and the other researchers discovered that the people whose daily caloric intake was composed of over 21 percent from added sugars doubled their risk of dying from heart disease in comparison to people who had less than 10 percent of their diets made up of added sugars.

If you drink three cans of soft drinks a day, that would be 420 calories of added sugars, and you would fall into this category.

What if you consume less sugar? If 17-21 percent of your daily calories are made up from added sugars, Yang and his colleagues found that this group of people had a risk of heart disease that was 38 percent higher than people whose diets were made up of 10 percent or less of added sugars.

Are you a person who drinks sugar-sweetened beverages seven or more times per week? If so, according to Yang’s findings, in comparison to people who drink one serving or less, you’re at a 29 percent higher risk of dying from heart disease.

According to Frank Hu, the study’s senior author as well as being a professor of nutrition and epidemiology at the Harvard School of Public Health, too much consumption of added sugars has been linked to increased triglycerides, high blood pressure, fatty liver problems, causing insulin to be less effective in lowering blood sugar levels, and lower levels of HDL — good — cholesterol.

Added sugars are not just empty calories that cause use to be obese. According to an editorial written by Laura Schmidt of the University of California-San Francisco, which accompanied the study in the medical journal, too much added sugar in our diets “is a significant risk factor for cardiovascular disease mortality.”

Schmidt added that “cardiovascular disease is the Number 1 killer in America.” Heart disease, which can result in heart attacks and heart failure, is the worldwide leading cause of death among both women and men. According to the CDC, in America, heart disease results in over 600,000 deaths a year.

According to Yang, scientists aren’t yet certain why it is that sugar elevates the risk of death from heart disease. Some theories are that it could be because an increase in sugar intake might elevate bad cholesterol levels and lower good levels, or that it might be because it leads to weight gain and elevated blood pressure. Or, maybe it could be because added sugars might decrease resistance to insulin, which could lead to diabetes.

Whatever the reason or reasons might be, excessive added sugar in our diets can be as deadly and as fatal to our health as poison, in the long run, according to the study by Yang, Frank Hu, and their colleagues. It almost is enough to make you wonder why soft drinks aren’t labeled with skulls and crossbones.