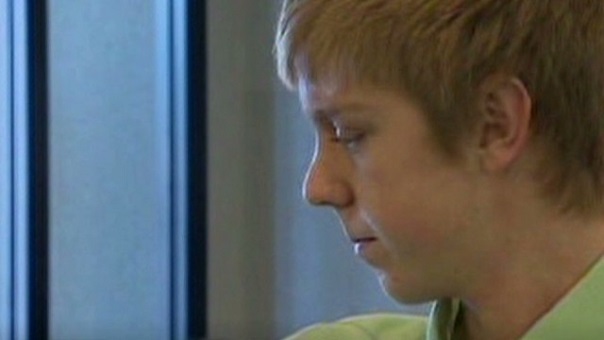 In a hearing on February 6, Judge Jean Boyd made clear that she sticks to her story by giving Texas teen Ethan Couch no jail time. While driving under the influence of alcohol, the 16-year-old Couch lost control of his vehicle on June 15, 2013, killing four people and leaving several passengers injured.

Judge Boyd had ordered the Texas teen to 10 years probation and on Thursday, defense attorney Reagan Wynn and prosecutor Richard Alpert informed reporters that Boyd had not changed her decision. In addition, Boyd ordered Couch to go to a rehabilitation facility which will be paid for by his parents. Rumors state that the rehabilitation facility that Couch will be staying at costs $450,000 per year and prosecutors wonder how much of a punishment this will be for the teen.

Texas teen Ethan Couch made headlines in December, after no jail time was given due to his condition of “affluenza,” which was brought to life by defense attorney Wynn. According to Wynn, affluenza is a psychological disease affecting wealthy young people. Symptoms include a lack of motivation as well as not knowing what is right or wrong. Judge Boyd, however, states her decision was not influenced by the teen’s affluenza. Wynn says, “We simply acknowledge that a 16-year-old boy is different from a 25-year old adult. Yes, he happens to suffer from affluenza, but the media made it much more important than it really is. Judge Boyd whmade what she thought was the appropriate decision.” Prosecutors in the case think otherwise.

Psychologist G. Dick Miller, who diagnosed Couch with affluenza, is a top psychologist. His areas of expertise, however, include consulting services for criminal attorneys. In fact, it is on the top of the list. Wynn’s quote, saying the teen’s affluenza is not as important as the media thinks, has therefore lost some of its strength for prosecutors and the media.

Relatives of the victims who died in last year’s crash find the judge’s decision hard to accept. “The judge has set no minimum time for Couch to stay in the rehabilitation facility. After a couple of months Couch will walk out and he will continue living his life like he did before. If his parents did not have the money to pay for his attorney, psychologist and the rehabilitation facility, I am sure the results would have been very different,” says Eric Boyles, who lost his wife and daughter in the crash. What made it even worse for Boyles is the fact that he has heard nothing from Couch since the crash. “He has shown no remorse to the victims at all. That would have helped all of us, I am sure about that,” Boyles explains. He and Riley Shaw, a Tarrant County prosecutor, also showed their concern with regard to Thursday’s hearing, which was closed to the public. Shaw states he has made an effort to convince Boyd to open her hearing to the public, but he did not succeed.

Marla Mitchell, mother of victim Breanna Mitchell, says, “There is no way Couch can escape his guilt and no money can help him with that. The world will keep their eyes on him for the rest of his life.” Now that the hearing for Texas teen Ethan Couch has been done and no jail time was given, prosecutors are hoping that the case highlights the dangers of driving while intoxicated and that a tragedy like this will never happen again.