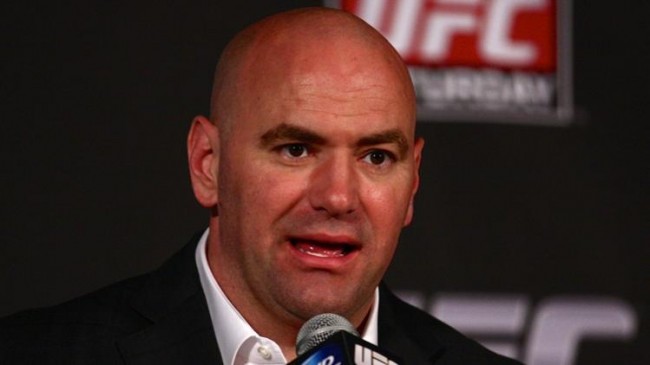 The UFC put together one of its most popular years in their organization in 2013, but some of their negative trends have seemed to pop up quite frequently to start off the 2014 year. The company created the widely viewed women’s bantamweight division, the first step towards maximizing women mixed martial arts in the company’s history in 2012. Just a year after Dana White publicly stated that Women’s MMA would never take place inside the octagon, Ronda Rousey beat Liz Carmouche in the first ever women’s fight in the UFC. Now Dana considers Rousey as one, if not the biggest, MMA stars in their business today. They have also announced provisions of expanding their TV series, The Ultimate Fighter, to the Middle East sometime in 2014, further growing the company that almost went limp in 2004. With their recent financial struggles behind them, they now face a much different challenge in the UFC. Fighters are now becoming defiant of the company, and any continued backlash from the brand’s current or former fighters may heighten a new level of concern for the company.

Everywhere from current to former fighters have just within the last month have voiced their different levels of concern of a variety of subjects concerning the company they have or still do, fight for. The current fighters of the UFC, such as their former welterweight champion Georges St. Pierre, have stated concerns of their drug testing policies. Also the allowance of TRT and testosterone enhancing has been a never-ending question that the president has to answer repeatedly. In Dana’s most recent media conference he was once again asked about performance enhancing drugs, and again the loose cannon that is UFC president Dana White, let the media have it. Challenging members of the media to name a fighter they want tested, as he would have it done immediately. Reporters had nothing to say, prompting White to let the media know, he does not want to hear anything about drug usage again. When dealing with his own roster backlash, Dana does not seemed too inclined to tone down his demeanor with them as well, which has also resulted in tempers being flared between fighters and the president. As the stories continue to flow in, it seems as if TRT usage in the company may become one of the multiple complaints the UFC will have to sort out.

The media is always looking to delve into the minds of the companies organization so this is to no concern to the UFC, as every sport receives this kind of attention from the media. What causes more concern is when they start to receive backlash on how the program is run by the fighters they have had under their roster at some point in time. Fighters like Chris Leben and Nate Quarry have come out to provide an in-depth look into the structure of the UFC. Fighters are now starting to speak out on some of the levels of how they were mistreated. The UFC does not provide a pension fund for the fighters, nor insurance coverage for fighters if they may occur injuries before a fight or sustained issues after they retire from the sport. Also unlike the NFL or any other major sports in America, the Ultimate Fighting organization does not have any sort of retirement plan for the fighters who have served the company for years. Like every sport, mainstream is the main goal; but to maintain a consistent product, the product itself must be taken care of by its owners. MMA is not sitting in the backseat of America’s loved sports anymore, the brand itself will need to step up its structure to keep up with its continued growth as a whole.