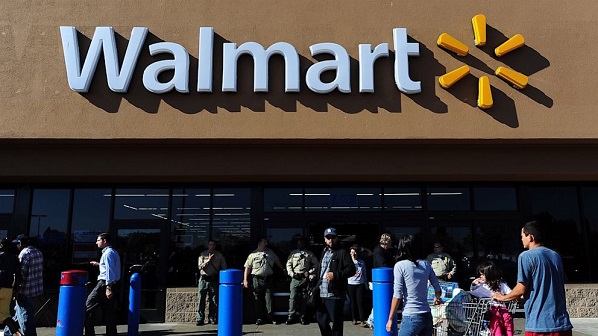 Walmart, the world’s largest retailer, gave a disappointing full-year forecast on Thursday. The retail giant places the blame on the decrease in food stamp benefits and the increase in payroll taxes that will affect the income of its target customers. In this morning’s trading Walmart shares fell to around 2 percent.  Walmart gets over half its sales from its grocery division which is the one that will suffer the most from the government changes.

Walmart plans to address this issue by opening several smaller neighborhood stores. In fact, Walmart has decided to double the original number of planned stores it first planned to open this year. Comparable sales, online sales and store sales plummeted for four consecutive quarters, hit hardest by a fall in grocery sales and overly aggressive price cuts during a rough holiday season.

Brian Yarbrough, an analyst at Edward Jones, said that the smaller store format is one way to address the problem with the grocery division however it’s going to take years for it to have a positive impact on the overall results. Smaller Walmart stores are on average one-quarter the size of the supercenters, giving the retailer the ability to obtain new customers, especially in suburban areas.  Smaller stores’ comparable sales rose to about 5 percent last quarter compared to an overall drop of 0.4 percent in the US.

Walmart wants to address its negative full-year forecast by opening around 270 to 300 smaller stores during this fiscal year. They already have 346 of these smaller stores in operation and is spending an extra $600 million to do it. The planned expansion of their online sales or e-commerce, will also take away from this year’s profits. Walmart expects a net sales growth to come in at the bottom of its forecast range of 3 to 5 percent.

The Federal government’s cuts to the Supplemental Nutrition Assistance Program, or SNAP, have hit Walmart really hard. One in five shoppers at Walmart are on the SNAP program and less benefits means finding a cheaper place to shop. Some of Walmart’s toughest competition comes from Dollar Tree and other dollar stores. During this quarter, grocery sales fell by a low-single-digit percentage. However, higher end grocery chains like Safeway and Kroger Co. reported overall increases for their recent quarters.  In the New York Stock Exchange, Walmart shares fell around 2 percent putting them at roughly $73 a share.

Walmart is in damage control mode and plans to spend some money to make some money by combining its stores with its online sales division.  It will use its stores to fulfill online purchases and giving the customers the option of a store pickup. Walmart tested this during the holiday season and they say it was successful. E-commerce sales went over the $10 billion line last fiscal year and the company is currently fighting against online giant Amazon.com to win more online shoppers.

Walmart may have given a disappointing full-year forecast but investment in the small stores and e-commerce will hit profit. They said they expect earnings of $5 to $5.45 a share this year. Analysts agree expecting the shares to hit $5.45. Walmart’s overall revenue in the quarter that ended January 31, that includes the holiday season, jumped 1.4 percent to $129.7 billion.