War on Drugs in U.S. Partly to Blame for Deforestation of Central American Rainforests 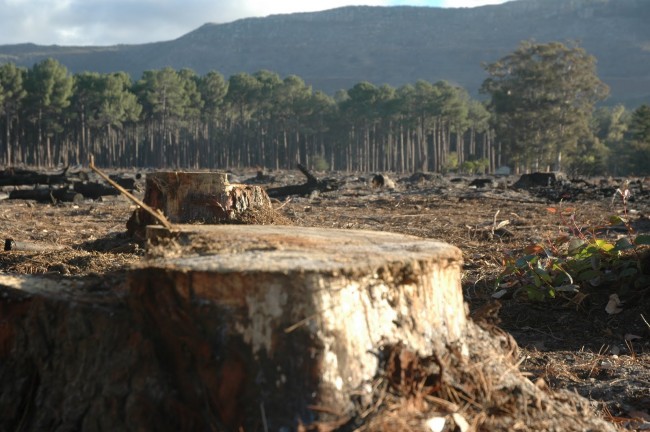 Central America represents only 0.1 percent of the land on Earth, but it contains 7 percent of all the species of plants and animals. That number, however, is decreasing as deforestation steamrolls through Central America’s delicate ecosystems. According to a recent article published by a team of scientists, the U.S. is contributing to the destruction. How the war on drug might be to blame is not, at first, apparent.

Last year, the Obama Administration announced it was shifting the focus of its war on drugs away from foreign suppliers toward domestic users. But it is important to note that, from the vantage point of on-the-ground scientists who are performing research outside of the U.S., there has not been much change. Dr. Kendra McSweeney is one of those researchers and is also credited with connecting the dots between deforestation in Central American and the war on drugs. She is an associate professor of geology at Ohio State University who has been studying Honduras for over 20 years. McSweeney says that she and her team did not set out to study the murky world of the drug trade but that they could not ignore its impact either, especially in the context of their research.

In 2007, teams of U.S. scientists including McSweeney began to notice sweeping changes. Large swaths of forest were suddenly replaced by cattle grazing in pastures. Nature preserves had vast fields of crops growing inside their boundaries. McSweeney “wondered who had the money and impunity to do that,” which is what she said to National Geographic, who awarded her and her team a grant to further investigate the issue. When the team looked further into the matter, they found it was narco-traffickers. The results of that investigation were published in Science on Thursday under the title “Drug Policy as Conservation Policy: Narco-Deforestation.”

In the article, the authors emphasize that drug trafficking is accelerating the clearing of important rainforests that are crucial for ecological sustainability. The article further argues that U.S. led anti-trafficking efforts that began in Mexico around 2007 prompted traffickers to relocate their operations into more remote areas in countries such as Nicaragua, Guatemala, and Honduras. The consequences of this have been, according to McSweeney, ecologically devastating: “A baseline deforestation rate in this region was 20 sq km per year.” This number, in areas under the “narco-effect,” goes up to 60 sq km per year, and in some parts of Guatemala, the rates go even higher. The article calculates that the deforestation rate in some places goes up to a staggering 10 percent.

The research and its conclusions offer something that has not been widely considered and may prove to be a required facet of future research. It encourages scientists, and specifically ecological workers and biologists, to reconsider the notion that drug policy has nothing to do with science, and that there may be ecological benefits to winning the war on drugs. The article acknowledged as well that the rapid deforestation in Latin America cannot be attributed completely to drug trafficking. The impact of urban development encroaching into forest lands, illegal logging, and the need to convert forests into farms were also factored into the paper’s findings.

McSweeney and colleagues support a shift away from the policy of going after the traffickers to one focused on the user or demand side of the equation, one that would better shadow the changes being made in U.S. domestic policy in the war on drugs. This seems congruent and should be taken seriously, especially in light of the evidence McSweeney has provided that shows that not doing so may be partly to blame for the continued deforestation of Central American rainforests.