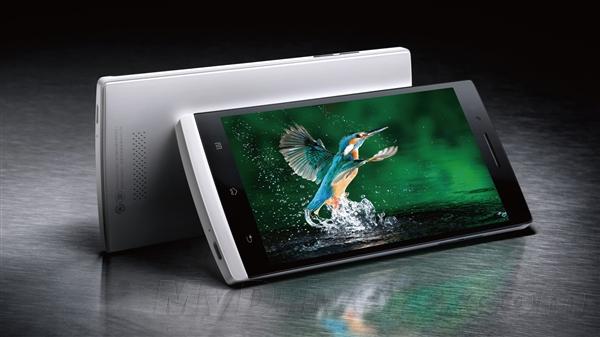 While the Oppo Find 7 will not be available in the United States until at least May, if you happen to be in Beijing, you can purchase one of these smartphones with its 50MP image producing camera right now. In fact, if you go to the right store at the right time, you can purchase your new phone from Tony Chen himself, the founder and CEO of Oppo. Chen’s plan is to have Oppo become the most profitable mobile phone company in China, which also happens to be the area with the largest smartphone market.

Chen’s goal is both simple and direct. Make a quality product and sell it well. In the ever-changing smartphone market, companies typically go through periodic makeovers to remain relevant in such a competitive industry. The focus from Oppo has been no different. According to the company, their goal has always been to provide great aesthetics, materials and color palettes. In the last few years, Oppo has undergone restructuring in order to provide a greater focus, not only on software development, but on original user experience as well. A significant portion of company funds available for research and development have been earmarked toward creating both innovative and competitive software.

The new Oppo Find 7 smartphone not only showcases the ability to capture 50MP pictures, but sports 3GB of RAM as well as 32GB of storage. Additionally, the display is a 5.5 inch quad HD (2,560 x 1,440 pixels) which makes Oppo only the second manufacturer to offer a quad HD phone. The phone is powered by Android 4.3 Jelly Bean with a custom ColorOS, as well as custom gesture controls. The chip is a 2.5GHz quad-core Snapdragon 801. The handset is made out of an aluminum-titanium alloy and a carbon fiber back. It weighs in at only 171 grams.

The Oppo Find 7 not only has 32GB internal storage, but sports a microSD slot supporting cards sized up to 128GB. Additionally, the phone is powered by a 3000mAh battery which has a rapid charging function, enabling the phone to go from no charge to a 75 percent charge in only 30 minutes. The rapid charging will not create any potential thermal issues as the Find 7, since it is created with five layers heat protective coating. In conjunction with the thermal protection layers, because the phone is made from an aluminum-titanium frame, which happens to be manufactured with nano-injected molding, there is an additional layer of heat dissipation.

While the camera will capture 50MP images, it does so by a bit of sleight-of-hand. The image processor, Pure Image 2.0, enables the camera to shoot 10 quick, consecutive shots and then automatically chooses the best four images. The camera function then combines those images into a 50MP image. The image size will end up being in the 10MB range. The Find 7 smartphone camera also features 4K video recording as well as being able to capture slow-motion video at 100 fps or long exposure shots for up to 32 seconds.

The Oppo Find 7 Smartphone with its ability to capture 50MP images will come out in a light version, as well. The Find 7a will still feature the 5.5 inch display but the quad-core processor will be a 2.3GHz as opposed to the higher end Find 7’s 2.5GHz processor. The RAM will drop from 3GB down to 2GB and the 7a will have only 16GB internal storage instead of the Find 7’s 32GB storage. The battery will also drop from 3000mAh down to 2800mAh, but both sets will continue to support rapid charging and support for 128GB microSD cards. Preorders of the phone will be available beginning next month with the product due to be released in the United States in either May or June.