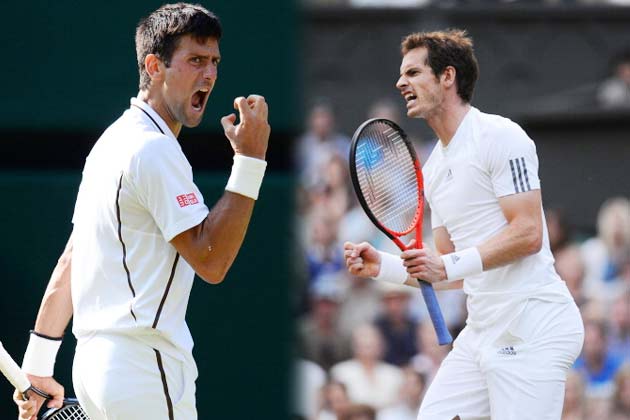 The battle lines of the Sony Open quarter finals have been drawn and the last eight players pitted against each other. Unsurprisingly the quarter finalists include all of the top names, however, only two of them are due to face off in the quarter finals as Andy Murray and Novak Djokovic are set for the fiercest match of the round. Of the other top seeds, world number one Rafael Nadal and the number five Roger Federer also secured easy spots in the quarter finals.

This will be the first time Murray and Djokovic have met since last year’s Wimbledon Final when the Brit took the coveted title in an emotional and impressive fashion. Although Djokovic still leads their rivalry 11-8, the games between them are always an opportunity to watch tennis at its best. Their quarter final show down in Miami will be the first opportunity for fans to witness two of the best players in the game go head to head.

Despite his continuing back problems Murray had little trouble in his match against the Frenchman Jo-Wilfried Tsonga, winning in straight sets and acknowledging that his game was “getting there”. It was a welcome win as it was his first triumph against a top 20 player since Wimbledon last year. It took him only 73 minutes and was one of his easier games against the French man with a 6-4, 6-1 outcome. On his chances against the former world number one, Djokovic, Murray seemed more than up for the challenge, claiming that he always enjoyed the close fought nature of their matches. He also stated that it would be a good test, particularly in light of his back problems. Having stuttered in the beginning Murray seems to be gaining momentum in the tournament, however Djokovic is yet to drop a set in Miami and has had a fairly easy time with a walkover in the third round.

The Serbian went through his fourth round in straight sets against Tommy Robredo, although the second set was slightly closer at 7-5. During the match Djokovic was praised for his gamesmanship when he gave a point back to his opponent after an erroneous line call. Instead of replaying the point as the umpire ordered, Djokovic waved it off saying “It’s ok, it’s ok!”. Upon the outcome of the match the Serbian player reiterated that it was his instinctual reaction and that he expected similar fair play from his peers.

Resident number one seed, Rafael Nadal, is up against Milos Raonic after racing through his fourth round match with ease. Meanwhile the Swiss tennis legend Roger Federer seems to have recovered some of his old flair and demolished Richard Gasquet in just 49 minutes, losing only three games in a, 6-1, 6-2 victory. Reflecting on his performance the Swiss player shrugged off compliments and just said he had a good day on court. Nadal was slightly more self-confident and although he expressed sympathy for his injured opponent he stated he had played the “right match” and seemed pleased with his game.

The draw seems to have fallen in favor of Nadal as well, as the other three big names, Andy Murray, Novak Djokovic and Roger Federer, are all in the other half of the draw. While it seems a fairly safe bet that Nadal will make it to the final, it is the other side of the draw which will prove difficult to predict. The winner of the fierce match between Murray and Djokovic will face the victor of the game between Federer and Nishikori. Should Federer go through to the Semi Finals, a match between him and either Murray or Djokovic will make for suitably compulsive viewing given his recent rise in performance. One thing is for certain though, the fiercest quarter final is likely to be the match between Murray and Djokovic and a highlight of the day for spectators watching the two men as they face off across the net.