Argentina Aligned With Venezuela Goes to Bed With Iran 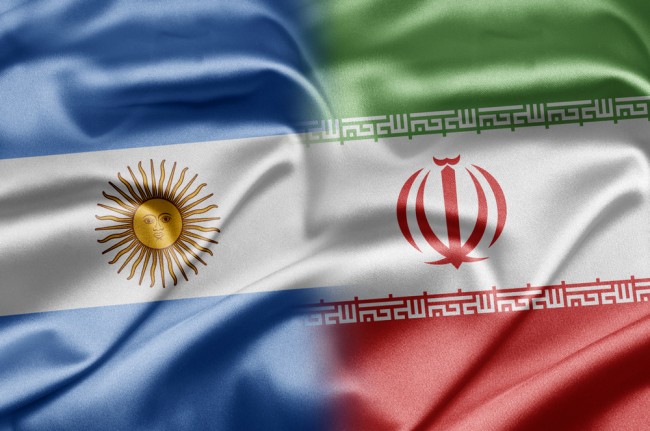 Practically shut out from playing ball with the rest of South America, Argentina, a long-time ally of Venezuela, is now inviting Iran to join the duo. Things are starting to get really ugly south of the equator, and it’s time Americans take a look.

Over the past month, Venezuela has seen anti-government protests growing in violence and frequency. Starting as small-scale protests in one of Caracas’ barrios, the movement has grown into a tsunami of unrest throughout the South American nation and beyond

President Nicolas Maduro, Hugo Chavez’s successor, will not go peacefully. He has ordered the country’s national guard into position and paid armed gangs on motorcycles to crack down on the opposition. Hundreds have been tortured and beaten and least 12 have been killed. Leopoldo Lopez, a leader of the opposition, has been detained on falsified charges. Three diplomats from America have been kicked out and America now has little effective representation within the country.

While the demonstrations roll on, the US can’t continue to ignore what is happening. While American officials try to figure out their next move, they may want to avoid placing Latin America in a subservient position as John Kerry did in April, 2013.

The American Secretary of State, John Kerry, called Latin America the back yard of the United States. Speaking to the Foreign Affairs Committee of the US House of Representatives, Kerry brushed aside the sovereignty of Latin American countries. Kerry went on to say “plans” are being made to change “the attitude” of some of South America’s nations.

Attitudes like the one voiced by Kerry have raised anti-American sentiment all over South America. With a little background, it’s easy to see why Venezuela and Argentina have turned to Iran for friendship and mutual support.

The late president, Hugo Chavez, started the socialist movement in Venezuela. Blending his idea of “utopia” with authoritarian socialism, the country has been raped by its leaders. Twenty years of governmental abuses, out-of-control spending on social programs and typical socialist economic policies have left the country reeling from hyper-inflation as well as the loss of political, personal and economic freedoms.

Strong monetary controls and willy-nilly devaluation have left the economy and security in Venezuela on life-support. The country has the highest inflation and larger debt load than any other country in Latin America. Argentina follows close behind.

Venezuela, and by extension, Argentina, is becoming a threat to US interests. The socialist ALBA bloc, which consists of Cuba, Ecuador, Nicaragua and Bolivia, has strengthened a wave of unprecedented anti-Americanism throughout Latin America. ALBA member countries have thrown out US diplomats and closed US-led counter narcotics programs as well as interfered with bilateral trade agreements.

While Venezuela has long provided sanctuary to Colombia’s narcoterrorist organizations, such as FARC, high-ranking members of Venezuela and Argentina are providing support to Hezbollah as well.

The current threat from Latin America has gone past the traditional internationally organized crimes of drug and human trafficking. There have been documented cases of trafficking in weapons of mass destruction. With the blessings of Argentine and Venezuelan leaders, who are deeply embedded in criminal activities, Iran has helped in publicly announcing support of asymmetrical warfare against the US and its allies.

Argentina and Venezuela provide services to Iran including the granting of citizenship and travel documents. Thousands of Iranian nationals are allowed to use Argentine banks to move and hide resources. These financial resources are then used to evade sanctions and purchase goods forbidden to Iran on the international market. Argentina also provides a welcoming base from which Iran is operating unhindered in their intelligence activities.

Douglas Farah, President of IBI Consultants, testified about the growing threat before the House Committee on Homeland Security. He titled the subsequent report, “Threat to the Homeland: Iran’s Extending Influence in the Western Hemisphere.” His testimony, given on July 9, 2013, included the following chilling statement:

These hybrid franchises should now be viewed as a tier-one security threat for the United States. Understanding and mitigating the threat requires a whole-of-government approach, including collection, analysis, law enforcement, policy and programming.

One of the earliest terrorists to talk about the possible merger of radical Shiite Islamic thinking with Marxist goals of obliterating capitalism and the US was Illich Sanchez Ramirez, known to the world as “Carlos the Jackal.” Before his arrest in 1994, the Venezuelan native was the world’s most wanted terrorist.

Sanchez Ramirez preached a Marxism connected to violent uprisings. Without abandoning his Marxist roots, Sanchez Ramirez embraced militant Islamism in the early 2000s. In 2003, he wrote a book, Revolutionary Islam, praising Osama bin Laden and the 9/11 attacks on the US as a “…lofty feat of arms.” Going on to call the attack part of a justified struggle against the West, he wrote, “…from now on, terrorism is going to be more or less a daily part of the landscape for rotting democracies.”

Chavez was, and Maduro is, constantly heaping praise on Sanchez Ramirez and his beliefs. Chavez’s fascination with the combination of militant Islamism and Marxism didn’t end with Chavez’s death. Maduro, and Argentine President Kirchner, still continue to develop the ideology of Marxism while they embrace the acolytes of radical Islamism which has its roots in the Iranian revolution.

The militant doctrine was officially adopted in Venezuela and has spread to Argentina, Bolivia, Nicaragua and Ecuador. Training camps are being established in the countries where “fourth generation warfare” such as suicide bombings is taught. Hezbollah’s presence in Latin America is growing daily and is becoming easily identifiable.

Kerry’s take about South America being the “back yard” may be correct. But if America doesn’t start keeping an eye on events on the opposite side of the equator, people might wake up one morning to find Latin America is in the kitchen making breakfast.