Bacteria Could Be Used to Make Comfortable Living Chairs 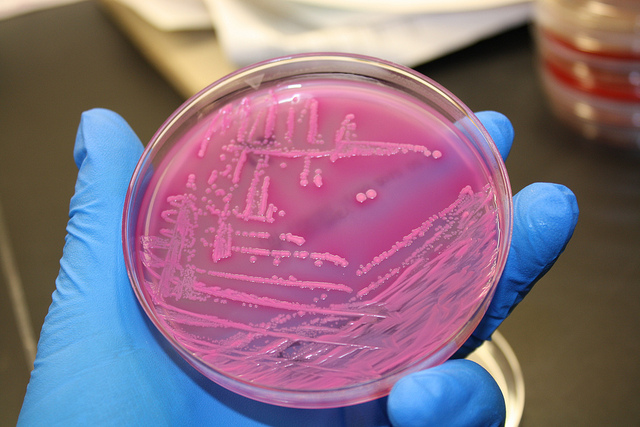 Comfortable living chairs made from E.coli bacteria will be coming to stores near you, sooner than you might think! Imagine sitting in living chairs that will mold themselves to your body, and allow you to sit in comfort.

Such living chairs made from bacteria could become a reality soon, according to a team of scientific researchers from MIT in a study published today. The researchers have figured out a way to get the E.coli bacteria to manufacture items. You can read the study at the last link, below.

Why chairs and even electric circuits made from E.coli bacteria?

MIT associate professor Timothy Lu is one of the authors of the study, and, according to him, there is a good reason why the experiments at MIT are using E.coli bacteria, despite its rather unsavory reputation.

(Much of the information in this article is from the sources that I have listed below, including partial quotes by Timothy Lu that were first menti0ned in The Register, by the fine reporter, Jack Clark, as well as at GigaOm.com and Quartz.com. If you’d like to read those articles, as well, please click on the links below)

Sure, if you ingest E.coli bacteria, which is commonly found in the digestive tract and in feces, you could get sick and even, sometimes, die — but, it can also be used to make mighty fine furniture, solar cells, and other useful commodities.

E.coli, according to Lu, creates biofilms containing amyloid fibril proteins. These proteins act like the hooks in Velcro, allowing the bacteria to attach to various types of surfaces. The repeating chain of protein units the E.coli form in the biofilms is called CsgA. This chain of protein units can be modified by adding peptides. This, in turn, enables parts of the film to capture specific materials, for instance, gold nanoparticles, which can conduct electricity.

Lu says that he and his MIT team have been able to “use living cellular communities to organize and make non-living material systems.” This breakthrough will potentially make it possible to program the organic world, just like the digital world; or, as Lu puts it, “to program cellular systems to make new materials from the bottom up.”

The researchers at MIT were able to make the E.coli bacteria produce quantum dot-studded biofilms, with gold nanowires arranged in them. This step eventually will led to cell-based material factories which can be mass-manufactured, and the creation of various products — like living chairs — that have some of the properties of trees or bones, according to Lu.

Lu and his team disabled the ability of the E.coli strain they were working with to produce CSgA. They replaced it with a genetically engineered strain, so that the E.coli bacteria would only produce the biofilm with CsgA when a molecule name AHL was also present. This enabled the MIT researchers to control when and where the E.coli bacteria produced the biofilm.

Then, Lu and the other researchers engineered another strain of E.coli that would create CsgA containing a certain peptide made of
polyhistidines. This would only happen, however, when the molecule aTC was also present. The addition of gold nanoparticles to this sludge allows them to bind to the peptides’ histidines.

This let the researchers add or reduce the amount of aTC and AHL in the modified E.coli bacteria to control the production of the biofilm, and also the type that can grab hold of and attach to any gold nanoparticles added to the sludge. This process enabled the researchers to create a living biofilm framework for them to construct gold circuits, so that the biofilm becomes capable of conducting electricity.

The amyloid fibrils that the E.coli cells assembled acted, according to the study, like type of scaffold. This scaffold could then be used to synthesize and co-organize fluorescent Quantum Dots, and also gold nanoparticles, nanowires, and nanorods.

The creation of electric circuits using E.coli bacteria has been accomplished by Lu and his team of MIT researchers, though it might be a while before this technology finds its way to your neighborhood stores. Lu would like to eventually also be able to engineer a strain of E.coli that can utilize the sun’s energy, to create solar batteries.

Lu would like to make products containing these engineered strains of E.coli so that they “could self-sustain themselves in the real world.”

Ultimately, Lu and his MIT team imagine being able to have mass produced strains of E.coli used to manufacture living chairs which could remodel themselves, according to Lu, “to support areas of stress.”

Besides the creation of electrical circuits, batteries, solar cells, and chairs, their research could also be used in tissue engineering and aid in converting agricultural waste into biofuel. Cheaper, more efficient biosensors and solar panels could be constructed using E.coli bacteria, and they could be designed to also repair themselves if they are damaged.

According to Lu, another of the countless applications this new technology could have is in the creation of “glues that are alive.” Though it’s a long-term goal, the glue, Lu adds, “could sense if its seal broke and self-repair.”

Products like living chairs, photosynthetic cells, and self-repairing glue are a ways off, but the technology certainly exists to make theres products and many more, using E.coli bacteria. A bacteria that many people revile today they might look upon in the near future as a cheaper way to manufacture a wide variety of the products we use on a daily basis around our houses.