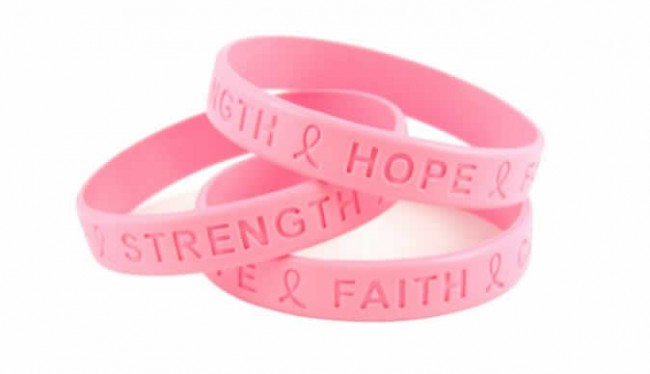 Breast cancer research reveals new information in diagnosis, and in healing. Globally, breast cancer is the most common cancer among women and the reason most likely that women will die of cancer. Women at every economic level can be affected and those between the ages of 53 and 70 have the highest risk of breast cancer, as do those with genetic predisposition. Early detection offers the best chance of survival. This includes regular self breast exams – in addition to annual mammograms after age 40 – and speaking with your physician regarding any changes you may notice.

A breast cancer diagnosis is no longer is an immediate death sentence, as it was even 30 years ago, when mortality rates were at 58 percent. However, new studies confirm that, in fact, depending on your skin color or where you live, not a lot has changed. That is, although new technologies in diagnosis and treatment have made significant advances, accessibility to and availability is far from equitable.

A research study published on Tuesday in Cancer Epidemiology shows that the racial divide in mortality rates has widened over the past 20 years, especially in large cities in the U.S. The study conducted by Sinai Urban Health Institute of Chicago and the Avon Foundation for Women found that, of women who get breast cancer, blacks are, on average, 40 percent more likely to die than whites. As if this is not alarming enough, the numbers rose even higher in some cities, such as Los Angeles, where the percent is closer to 70. In Memphis, the risk for blacks is double that for whites. The research took place from 1990 to 2009 in 41 cities across the U.S.

What is most disturbing about these results is that 20 years ago, women of both races had similar mortality risks from breast cancer. Advances in diagnosis and treatment have improved the death rate for white women significantly. The rate for black women, while declining, has been modest – about half the rate as for whites. The difference is due to access and quality of screening and treatment. Steve Whitman, Director of the Sinai Urban Health Institute and the study’s senior author, says the study proves that the disparity is not due to genetics.

He attributes the gap to systemic racism – not intentionally, but in the set-up of the system that does not allow black women the same access. He states that the next step is to identify the underlying factors in order to come to a solution. He points to the example of New York City, where differences in mortality are less vast, noting that the public hospital system and public transportation can aid in this regard. He adds that more research is necessary to identify further barriers. The earlier they are known, the sooner healing of the social lesion can begin.

These results are strikingly similar to those found in Low- and Middle-Income Countries (LMICs), also due to later diagnosis and treatment, but for different reasons. Countries with low access to medical technological advances do not have the resources to provide their citizens with screening techniques that would save lives if implemented in early stages of the disease. Reasons for the lack of access are the cost of implementation as well as little or no guidance in how to modify an existing health care delivery system incrementally towards an ideal one with the resources at hand. Breast cancer is an increasingly urgent problem in low-resource countries. Statistics from 2010 indicate show that the majority of breast cancer deaths happened in LMICs. And, for women aged 15 to 49, the proportion of deaths in developing vs. developed nations is nearly three to one.

For those who have access, there is healing beyond treatment. Radiation and chemotherapy take a toll on the body, both short- and long-term. A new study published in the Journal of Clinical Oncology shows that the benefits of yoga can counteract the severe effects of cancer treatment. The research study examined 191 women at stages 0-3 in a randomized trial, who did stretching, yoga, or no program. What it found was that yoga had the ability to improve the quality of a cancer patient’s general health, daily life activities, and regulation of the stress hormone cortisol.

The reduction of stress can lead to better outcomes in breast cancer, so the inclusion of yoga as a coping skill eased a patient’s transition back into life after cancer. In Boston, one yoga practitioner, Gail Mann, founder of YogaUnbound, has observed the benefits. She was trained in Yoga for Breast Cancer Survivors at New York City’s Om Studio. She has witnessed how yoga can aid in the recovery from cancer and other ailments with the support of a regular program. In recent years, yoga is becoming known for its wellness value and is practiced more widely, and due to increased awareness of the benefits, low- or no-cost programs are being made available in many communities and health care settings.

For those who are fortunate to have early diagnosis, breast cancer can usually be beat. With access to follow-up treatment and a regular program, such as yoga, to reduce cortisol levels and increase serotonin, the likelihood of healing of the mind and body, including resistance to infection and stress is greatly improved.