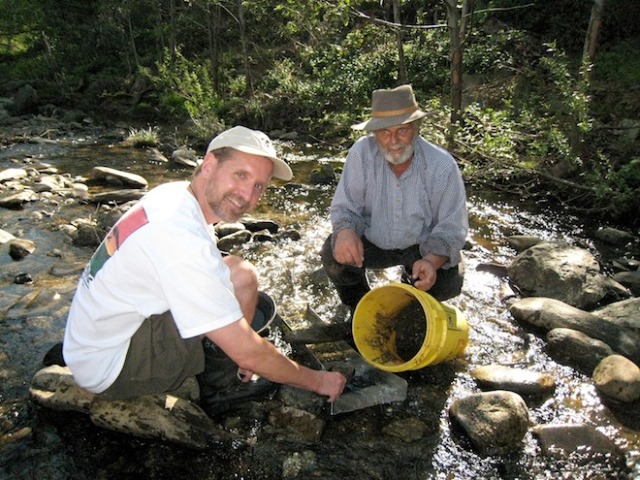 The recent drought in California is a growing menace for the most populous American state, but as a consequence, it might spark a new Gold Rush as the record-low water levels are making it easier for a new generation of novice prospectors to find gold nuggets.

At the beginning of March, a number of storms and showers hit California, but they were insufficient to reverse the increasing water shortage in the state. In February, a drought emergency was declared by Governor Jerry Brown, who also encouraged state officials to prepare solutions to the impending water shortages and the potential threat of prolonged dry weather.

As a result of the dry spells that have occurred in the past three years, California farmers are faced with draconian limitations in the use of irrigation water which could result in economic damages to the tune of billions of dollars as almost half of a million acres of cropland might have to be abandoned. Furthermore, the water’s retreat is putting fish and wildlife in serious danger.

The seriousness of the emergency has become particularly evident in many parts of the state where old roads, railway lines and junked cars usually submerged in water have reappeared.

Yet despite representing a nightmare for many Californians and a serious environmental risk, the current historically-low levels of rivers and streams are attracting prospectors to areas that were first inhabited during the Gold Rush of 1849 and have been abandoned for several decades.

In recent months, the increasing number of drying streams in many areas of California made it possible for miners to reach the rivers’ bedrock where the best gold is usually found. This, coupled with the lack of good jobs and the price of gold at more than $ 1,300 an ounce, sparked the interest of many first-time prospectors, causing them to start digging into the dirt and possibly sparking a new Gold Rush.

The potential revival of a modern craze for gold in the foothills of Sierra Nevada shows that one of the main issues with global warming is that people tend to often perceive its apparently positive short-term effects while ignoring the catastrophic scenarios that are far more likely to occur in the long run.

Many locals are worried about the impact that the drought might have on their lives, but they view the chance to make some extra cash with gold as a way of exploiting the opportunities created by the dry weather, although the chance to make a living out of the gold-panning business has always been and remains a rather distant mirage.

By the middle of the 19th century, California was one of the most culturally diverse states in America due to the thousands of gold-searching immigrants from all over the world that moved to the state trying to strike it rich by getting their share of gold. While the current drought may spark a new Gold Rush, the search for nuggets is likely to remain a hobby or a “great way to spend time with your family,” as Kevin Hoagland of the Gold Prospectors of America put it.