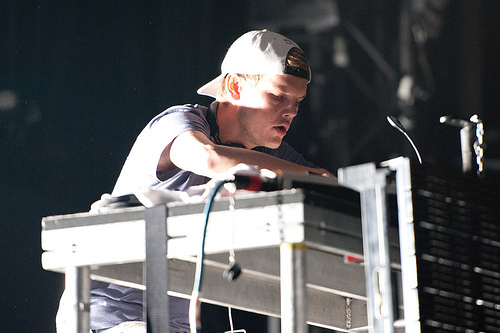 After suffering from intense pain, fever and nausea, Avicii was immediately hospitalized on Thursday afternoon. According to current reports, the DJ had to cancel his music performance at Miami’s Ultra Music Show. The doctors diagnosed the Swedish superstar as having a gallbladder blockage and underwent a successful removal surgery on Saturday.  Despite having a severe pain that started on Wednesday morning, Avicii said he flew down to Miami for his appearance at the Ultra Music Festival. He had hoped on Wednesday that the pain would go away on its own. However, his pain was so serious that he was treated upon landing in Miami, but the treatment did not work for long and his pain returned during late hours on Thursday. He then was taken to the hospital in Miami, Florida.

Avicii issued a statement through his Facebook on Friday morning after being hospitalized for the night. In the statement, he wrote to his fans that he was suffering from a blocked gallbladder and that doctors were planning to remove is during surgery. The procedure was successful, according to the updated reports. He also revealed in his status that he had suffered past complications with his pancreas and stomach. Most of his fans already are aware of his ailments.

Reports by his doctors said the routine procedure had involved removing the DJ’s  gallbladder and that he himself expects a quick recuperation in order to continue his US music tour. According to the singer’s manager, the DJ laments not being able to attend and play at the music festival for his loving fans.

The talented musician is also a record producer. He was born Tim Bergling on September 9, 1989, in Stockholm, Sweden. The 24-year-old expects to recover fully in a span of one month.  Avicii expressed his gratitude to everyone in his Facebook statement and confirmed that his replacement at the bill would be Deadmau5.

DJ Superstar started his music career around 2007, and his breakthrough came with the 2010  hit song, Seek Romance. The song appeared in the top 20 in many countries.  In 2011, Levels topped the mainstream top 10 charts, and helped him to become an internationally popular star. He remixed Girl Gone Wild and the hit, Superlove, in 2012. DJ also produced and released many songs for himself and other artists such as I Could Be the One by Nicky Romero. His single releases include Silhouettes and Fade into Darkness, and Addicted to You is his forthcoming release.  Avicii’s  major hit, Sunshine, received a Grammy nomination in 2012.  In early March, he gained attention after Madonna announced her collaborative work with the EDM star.

In 2013, Wake Me Up surpassed the greatly popular  hit song, Blurred Lines, by Robin Thicke. DJ Superstar is an influential artist and was ranked among the Top 100 DJ’s by the 2013 edition of DJ Mag. DJ’s hit dance number Levels was nominated at the 2013 Grammy Awards and French radio has honored the superstar with a station that is entirely devoted to the star’s hits.