Dayton Flyers First to Soar to NCAA Round of 32

By Christopher Chisam on March 20, 2014Comments Off on Dayton Flyers First to Soar to NCAA Round of 32 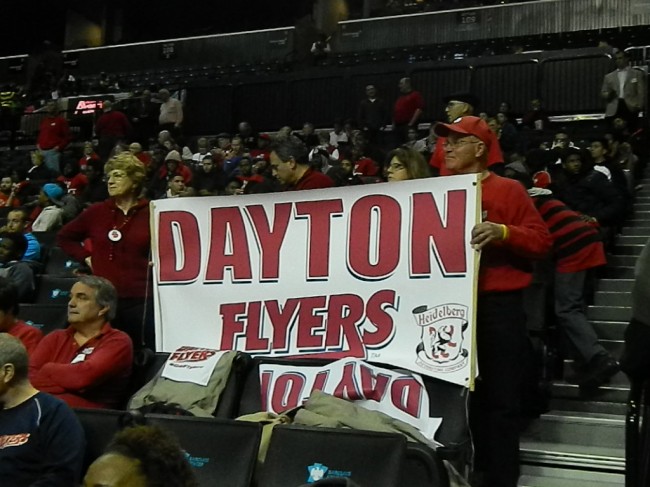 The Dayton Flyers knew that they were the underdog going in to the opening game of the second round of the NCAA Tournament. When they were matched up against cross-state rival Ohio State, few may have thought Dayton even had a chance. The Buckeyes may have come in with the sixth seed and a lot of confidence, but Dayton was the team that walked away the victor. The Flyers upset the Buckeyes 60-59, and now plan to take their soaring momentum in to the round of 32. They are the first team to advance to the third round.

The first game of the second round lived up to all of the hype March Madness brings every year. Sometimes a close score is not an indicator of a good game, but the 60-59 Flyers’ win was definitely a thriller. Both teams battled hard during the first half. The Buckeyes seemed rather sluggish at the onset, and the Flyers took advantage. Ohio State did not slumber long, however, and soon the Buckeyes were knocking on the door. Outstanding senior Aaron Craft led the charge for Ohio State in the second half, nailing shot after shot and finally giving them the lead with a little over three to play.

The Flyers were not ready to lose the battle of Ohio just yet. Kevin Oliver took the ball right back down the court and made the bucket that put Dayton right back on top. The two teams would see-saw for the final three minutes, with neither being able to take any sort of real lead. After two missed free throws by Oliver, Ohio State stretched their lead and had the Flyers on the ropes trailing by two. An unfortunate foul would soon see Dayton make three free-throws and retake the lead. Craft came up big again, driving the lane and landing an impressive layup to give the Buckeyes hope, but Vee Sanford returned the favor just seconds later to put the Flyers up for good. Craft would have one final shot at a desperation layup, but his effort came up just too hard and the final buzzer rang. Flyers’ fans rushed the floor.

Dayton now awaits in the round of 32 for the winner of the Syracuse and Western Michigan game. The odds are that it will be the Orange who will advance to meet them next. If that is the case, be prepared for another dandy. Syracuse may only be a three seed, but they spent several weeks as the nation’s best team. At one point they boasted an impressive 25-0 record, and looked like a lock for a top berth in the NCAA Tournament. However, a skidding 2-5 record down the stretch casted doubt on their consistent play and they fell to a third seed.

The Dayton Flyers have a good chance to continue to soar straight in to the sweet 16, even if they do face a tough Orange team. If the wrong Syracuse team comes to play against Western Michigan, the Orange may be finished before they even start. If they can get by the Broncos, however, a hungry Dayton team waits in the wings. The Flyers proved they are for real, all that is left is to see who is next.