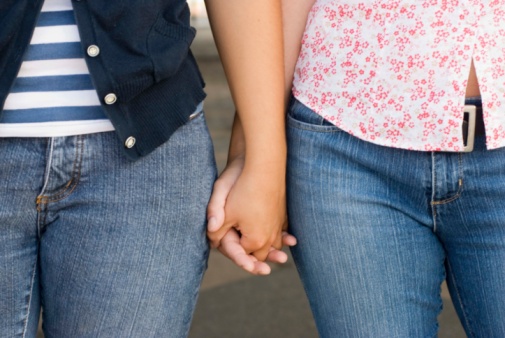 While this is not the first case of a positive diagnoses acquired as a result of sexual contact between two women, it is the first time the CDC has confirmed transmission where one partner has not reported risky behavior. In this case, the CDC viewed high risk behavior as recent sex with a man, intravenous drug use, piercings and tattoos.

The woman who started the relationship with a negative HIV status had not had sex with a man in 10 years, nor had she used intravenous drugs, or had a blood transfusion. She and her partner had been in a monogamous relationship for six months, and she had donated plasma in March of 2012, after testing negative for the virus.

Ten days after donating plasma, she began feeling ill and went to the emergency room complaining of sore throat, dry coughs, diarrhea, and vomiting. She was tested in the emergency room for HIV and the results came back negative. Two weeks later she tried to sell plasma again and was denied due to a positive HIV test result.

The couple reports using sex toys, having frequent and unprotected sex, and engaging in sexual activity during menstruation. They report at times sexual activity caused bleeding. Blood and body portals can be a risk factor for contracting the virus.

CDC encourages sexually active people to get safer sex counseling and testing even if both parties are female and one is HIV negative.

HIV transmission between women has been confirmed by CDC, and may help women become more pro-active about sexual health. Many women who engage in sexual activity with women, believe they are safe from infection because they are not having sex with men. It is now confirmed that naïve bliss is likely ineffective in combating risky behavior.

Changing times require people interested in staying healthy to take control. CDC encourages sexually active people to get safer sex counseling and testing even if both parties are female and one is HIV negative.

Taking time to know someone, and not engaging in sexual activity before being tested with the appropriate windows is important in remaining free of sexually transmitted diseases. Many people, heterosexual and gay, fail to do this placing themselves in direct risk of contracting diseases.

Other precautions include, taking care to change out sex toys when with a new partner, and making sure to sanitize toys between use. Foreplay, can quickly turn into hot sessions where body fluids are exchanged. Finger cots and dental dams are can easily be incorporated into sex play. Engaging in risky behavior that includes, sex while menstruating can put one at risk as well.

In this case, one HIV positive confirmation should serve as a warning that woman-to-woman transmission exists. The CDC report that HIV transmission between women is now confirmed should perhaps be viewed as a public service announcement by women. All sexually active people can benefit by becoming pro-active about maintaining safer sex habits to promote good sexual health.