Israel’s Reality Is Incomprehensible to the World 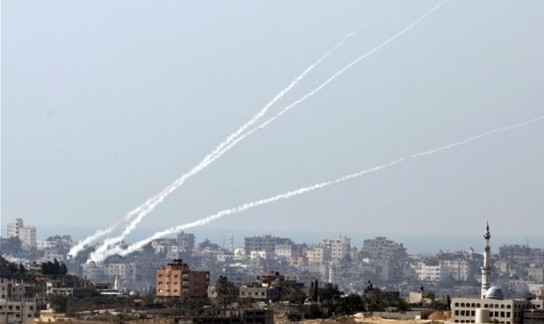 Israel is perhaps one of the most controversial nations in the world; loved fervently by many, and hated just as intensely by many. However, what is most striking is that the reality that the tiny Middle-Eastern nation faces day in and day out is entirely incomprehensible to the rest of the world, and Israel’s supporters and detractors alike often seem to need a reality check.

In light of the most recent events, Israel’s haters should be the first to give their heads a shake. Militants in Gaza barraged Southern Israel with rockets Wednesday evening with some 60 rockets being launched with the intent to kill civilians. The group claiming responsibility, Islamic Jihad, claimed that the attacks were a response to a recent Israeli airstrike that killed 3 of its militants.

Morally speaking, one of the most important rules of war is to neither target non-combatants nor put them directly in harm’s way. As it has stood for over the past decade, groups like Islamic Jihad, Hamas, and others have done both in such staggering and despicable ways that it is shocking. According to the Israeli Defense Force (IDF), one rocket strikes Israel for every 7 hours on average. That is incomprehensible to the world.

From deliberately firing from civilian positions to deliberately targeting elementary schools, it is hard to conceive the actions of Gaza’s militant groups as anything more than pure terrorism. Couple that with the routine border incursions and the constant efforts to smuggle weapons into the region, it makes America’s southern border look like a kid’s birthday at Chuck E. Cheese’s.

And what is most irritating is that otherwise rational people seem to support this terrorism, simply because it is against Israel. Regardless of the many reasons to dislike Israel (and there are many less bright points to the nation), there is no justification for the deliberate terrorist actions against civilians, nor is there any justification for supporting these actions. Stated simply, the world view that espouses hate towards the Jewish State does not see the incomprehensible reality on a daily basis. It is to be strongly doubted that Queers Against Israeli Apartheid have ever really considered what it would be like to be living in D.C. with terrorists in Baltimore attacking civilian targets over 3 times a day on average. They also probably never considered the appalling treatment of the LGBTQ community in Gaza versus the positive treatment of the same community in Israel.

In the same sense, Israel’s most vehement supporters need their own reality check. Although the nation has problems that no other country faces, and although Israel often responds with more patience than most other nations would be capable of, it is far from perfect and criticism of the country can be entirely valid.

For instance, it must be understood that the conflict is in no way a fair one. With Israel’s ability to hit military targets with remarkable accuracy and ferocity, it can be difficult to compare the two. As well, with the IDF’s new Iron Dome system that can intercept the rockets launched from Gaza, the conflict lends itself to a more collected interpretation.

Furthermore, Israel does incite Palestinian tensions, which cannot be ignored. Settlement development, security fences, and the very fact that there is still no Palestinian State speak to some of the reasons why there is so much anger in the region.

If Israel’s supporters took a moment to empathize with Palestinians in Gaza, it would serve them well. It is impossible for most people to understand what being stateless in a real sense is like, and coupling that with the presence of a radically violent government like Hamas, the outlook for everyday citizens in Gaza is remarkably bleak. The threat of war being outside of citizens hands and the prospects of a bright economic future being entirely unreachable for most are situations that those who vehemently detest Palestinians often fail to understand.

The situation in the region is complex, and the complexities of the region must be understood further by both supporters and detractors of both parties for progress to be made. Israel’s reality is so separate from the world that its shocking nature is entirely incomprehensible. Maybe everybody should take a step back to try to understand it.

One Response to "Israel’s Reality Is Incomprehensible to the World"