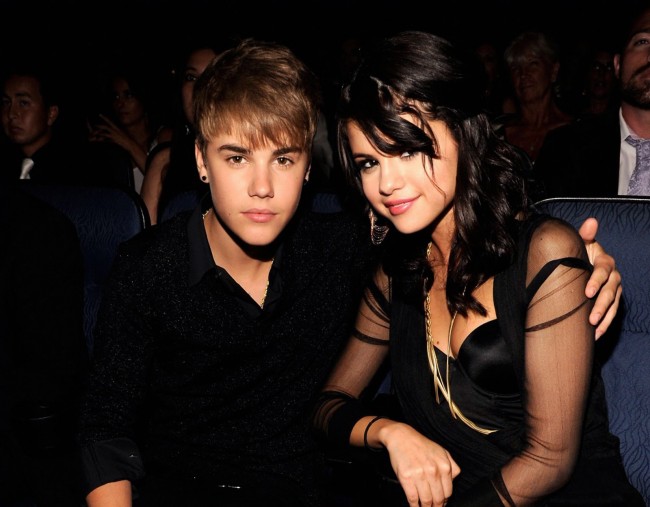 Justin Bieber and Selena Gomez showed a little PDA during their reunion in McAllen, Texas. The on-again, off-again couple enjoyed breakfast and did some shopping together. Lori Johnson, the restaurant manager at Don Pepe’s, a Mexican restaurant spotted the couple in an intimate moment during their meal. “They were kissing,” she said. “They were sitting next to each other hugging and kissing in front of the staff.”

The couple also visited Royal Perfumania where the Boyfriend singer bought Obsession by Calvin Klein and another cologne set before heading off to their next destination. The Come and Get it Singer was in the area for a concert performance in Hidalgo Saturday night. Bieber only seemed to be passing through town to see his ex.

The pop sensations were also seen together at the Action Dance Studio, where they worked with an unknown choreographer. The reunion happened just days after Bieber posted a picture of Gomez from the Vanity Fair Oscar Party to his Instagram account. The caption included with the photo read, “Most elegant princess in the world.”

This is not the first time Bieber and Gomez showed a little PDA for the whole world to see. Back in January, Bieber shared another photo on his Instagram account of the couple getting cozy. In the picture, Gomez cuddled the Confident singer, while he was looking into the camera. The caption read, “Love the way you look at me.”

The photo happened two days after the lovebirds were spotted riding segways together around his former home in Calabasas, Calif. The couple have always had a bit of a tumultuous relationship. Their first breakup was extremely publicized. In November 2012, Gomez broke up with him because of complications in their romance. “With them being apart so much it got complicated,” a source said. “She had some trust issues.”

Much to his fans dismay, Bieber and Gomez dated quietly for months before going public in February 2011. They arrived together at the 2011 Vanity Fair’s post Oscar’s Bash. They posed for pictures with their arms around each other, and even wore matching red and black attire.

Before showing up together at the event, the new couple were seen holding hands at The St. Regis Monarch Beach in Dana Point, Calif. “I don’t ever want her to feel like I’m ashamed of her,” Bieber said in an interview about his decision to go public, which caused a serious backlash with his fans.

Shortly after the breakup with the Baby singer, Gomez voluntarily checked herself in to a rehab facility. Her stay lasted two weeks. Her visit to the treatment center explained why most of her concerts canceled. Bieber has also been dealing with his own issues involving the law. At a deposition hearing in Miami, Bieber stormed out after lawyers questioned him about the Come and Get it singer. The hearing involved an incident where he told his bodyguard to hit a photographer.

Bieber and Gomez showed a little PDA during their short reunion, but whether or not the couple are officially back together has yet to be determined.