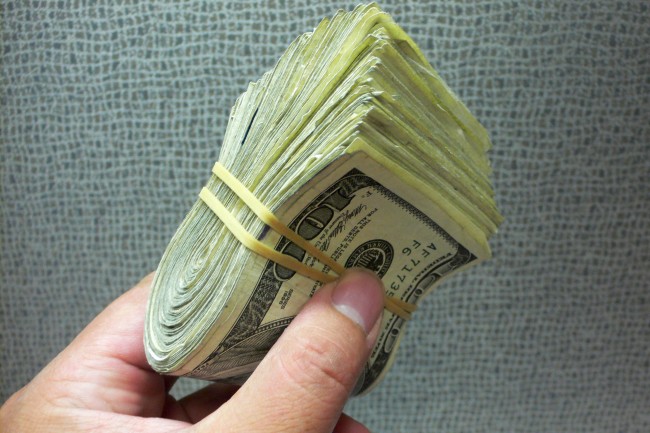 Kickstarter is celebrating a major milestone today; the top crowd-funding site has hit $1 billon in pledges just a few months short of its fifth anniversary. Incredible growth has been seen in the past year; with the top day (that saw over $4 million raised) being a far cry from the $1084 raised on day one in 2009. Kickstarter is only one among many crowd-funding sites, but one of the most noted features is the all-or-nothing aspect.

Hopeful fundraisers begin their Kickstarter in hopes of raising a particular amount of money and they must raise their (self-chosen) minimum in order to collect anything. Those meeting their minimum amount receive the funds (less a fee of about 10 percent) a few weeks after the end of their campaign. Those who fail to meet their minimum receive nothing. The minimum can be thousands of dollars but it can also be hundreds so there is essentially no project too small for the site. Also with individual projects that have raised more than $10 million, there is no project too large either. However, the all-or-nothing aspect helps assure pledgers that if they donate a large sum to a high-budget project and the full amount is not raised, the project creators are not going to give up on the project and use whatever cash they raised to buy pizza, or pay rent, depending on the size of the endeavor.

There have been several notable projects to come out of Kickstarter in the past five years. Half of the $1 billion  that Kickstarter can claim has been donated in the past year, thanks in part to several large projects. Celebrities such as Zach Braff and Spike Lee have successfully funded high-budget film projects, while others, such as 90s-star Melissa Joan Hart, have come up short on their Kickstarter dreams. While a few mainstream film actors and directors have tried their hand at letting “the people” produce their projects instead of big Hollywood studios, most of the film projects on Kickstarter come from unknown artists, trying to hit up their friends and neighbors for money to help them build a dream from the ground up.

Kickstarter creators have funded several now-popular products including the Pebble E-Watch, a smartphone-compatible wristwatch, and Goldieblox, a female-focused engineering set. The success of many Kickstarter projects has contributed to the credibility of the site, paving the way for other inventors, artists, and entrepreneurs to use the crowd-funding site to help build their businesses. However, some projects have had the opposite effect, most notably, the Kobe Red Beef Jerky campaign that was ultimately cancelled by Kickstarter when it was discovered that the project (which had more than $120,000 pledged at the time) had been a scam.

Donations to Kickstarter are made at the risk of the funders, and while the site has a long list of regulations, there are certainly scams that get through. In addition to ill-intending companies, there are also a large percentage of projects that simply underestimate their needs and fail to deliver on their projects in a timely manner. While creators are encouraged to be specific about what to expect from their projects, the tendency is for things to take quite a bit longer than promised. Some might say the aspect of not knowing how a project will turn out and when it will be delivered is part of the adventure of getting to play a small role in producing a new project, and those who feel differently have probably not become regulars in the crowd-funding community. Still, the numbers show that plenty of people are interested as Kickstarter hits the $1 billion mark and shows no sign of slowing down any time soon.