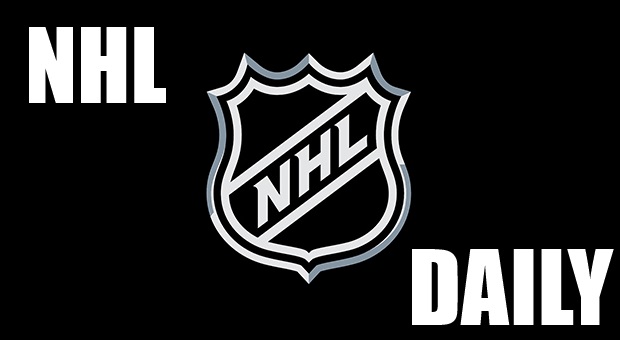 The National Hockey League (NHL) trade deadline is tomorrow and general managers around the league have been especially tight-lipped about their motives. There are some teams that leave very little doubt that they are going to be sellers at tomorrow’s deadline. Buffalo Sabres general manager, Tim Murray, for instance, has stated he is “open for business” and looking to make a deal. Buffalo has already moved one of their biggest piece, goaltender Ryan Miller, to St. Louis and will likely be an active participant tomorrow as well. But for the majority of the teams, their place in the standings is so elastic, any deal made tomorrow could hurt their path to the playoffs just as easily as it could help. But whatever deals the general managers have out there, today is the last chance for last-minute decisions.

The Bruins face the Panthers twice within the next week, tonight and Sunday. By Sunday, both teams are expected to have many new faces on their roster. The Bruins are gearing up for another deep playoff run, while the Panthers are in the familiar position of bottom of the conference. The Bruins have won every game in the series this season, putting six goals past former Boston goaltender, Tim Thomas, in their last meeting. Boston has struggled of late, coming out of the Olympic break with two straight losses, but dominated the New York Rangers this past Sunday.

The Panthers also earned a victory on Sunday, scoring four goals in the third period to come back against the New York Islanders. That win snapped a four-game losing streak.

Martin Brodeur will get the start against the New Jersey Devils tonight, and it will be a tense game for the New Jersey faithful. On the one hand, the Devils are in a dogfight with Detroit and a dozen other teams for one of the few available playoff spots in the Eastern Conference. New Jersey needs this win and their other goaltender, Cory Schneider, has outplayed Brodeur this year. On the other hand, this may be the last game in a Devils uniform for the New Jersey legend, as rumors swirl about his availability at tomorrow’s NHL trade deadline.

Detroit general manager, Ken Holland, has said that unless a deal “wows” him, he will not be an active participant tomorrow. Detroit has been besieged by injuries this season, so simply getting their injured players back into the lineup should provide the boost needed to make the playoffs.

Both Dallas and Columbus played on Monday night and ended the night with two more points in the standings. The Stars coach, Lindy Ruff, earned his six hundredth NHL victory after a close game against the Buffalo Sabres. He downplayed the event, saying the 600 wins belonged to the players he coached on the ice. Columbus faced a hostile environment on Monday, defeating the Toronto Maple Leafs in Toronto, by a score of two to one.

Both teams have been involved in trade rumors of late, with Columbus winger, Marian Gaborik, being the big name that could be moved. The oft-injured star served as a replacement to the loss of their previous captain, Rick Nash, but injuries have made him a poor substitute.

The fate of the two teams are currently up in the air. Colorado sits only three points behind the Blackhawks and the St. Louis Blues for the lead in the Central Division, and a victory tonight will reduce that lead to a single point. The Avalanche have won two of the previous three games in the season series and are looking for a third. If they earn that win tonight, rookie Nathan MacKinnon will likely be a factor after earning at least one point in Colorado’s last 11 games.

After St. Louis acquired Miller last week, both the Avalanche and the Blackhawks may attempt to make a big splash at the NHL trade deadline in order to keep up in the arms race for the divisional lead.

At one point, Sidney Crosby and the Pittsburgh Penguins owned a major lead on the rest of the Eastern Conference for top of the conference. However, the Boston Bruins victory over the New York Rangers and Pittsburgh’s recent loss to the Chicago Blackhawks have reduced that lead to three points. To keep that lead from shrinking further, the Penguins will need to beat the struggling Nashville Predators.

The Predators will not be an easy opponent, despite their place in the standings. This game will see the return of their star goaltender, Pekka Rinne, after missing most of the season with an infection stemming from hip surgery. Rinne told a local newspaper that he is ready to go, “absolutely.”

This will likely be the last game the Tampa Bay Lightning will be without the services of their elite center, Steven Stamkos. The forward targeted Tampa’s next game against Buffalo as his return date, but he may be playing that game without longtime linemate, Marty St. Louis. St. Louis has been a predominant name in trade rumors of late, stemming from a disagreement he had with the team’s management. If the Lightning deal the veteran winger, Stamkos will stand alone as the face of the franchise.

The Blues are hoping their new face will continue his play. After acquiring Ryan Miller from the Buffalo Sabres last week, the elite goaltender won his first game for the team, a 4-2 victory over the Phoenix Coyotes. Tonight is the first home game for the Blues after making the trade.

Early in the season, the Islanders were one of the many teams hoping to grab a playoff spot in a tightly contested Metropolitan Division while the Winnipeg Jets were struggling to find their identity. Now, their situations are reversed. The Jets struggles eventually led to the firing of their previous coach and the hiring of Paul Maurice. The Jets were 10 points out of a playoff spot when Maurice was hired, but have won 11 out of 15 games since then to put themselves back into playoff discussion.

The Islanders have faltered down the stretch and now look forward toward next season. Young defenseman, Andy McDonald, is expected to be one of the pieces moved during tomorrow’s NHL trade action.

At the end of the season, both Vancouver and Phoenix could look at this game as the turning point in their season. Both teams are out of a playoff spot at the moment, but the victor of this game will be that much closer to their goal of a deep playoff run. The loser will simply see this game as the straw that broke the camel’s back. Both teams are coming off losses on Sunday, the second in a row for Phoenix and the ninth of their past 10 games for the Canucks.

Phoenix goaltender, Mike Smith, said this time of the season is when everyone needs to raise their level of play in order to make the playoffs. “You have to find a way to win these games,” the goaltender said.

The Edmonton Oilers signed upcoming free agent goaltender, Ben Scrivens, to a two-year contract extension on Monday. For a team that sits dead last in the league, it serves as a sign of hope for the future. The Oilers have always had a group of offensive forward talent, but their defense and their goaltending have left a lot to be desired. The Oilers are hoping Scrivens will change that. Scrivens said he made the best decision for his career and for his family.

Ottawa is coming off a 4-2 victory over the Vancouver Canucks after Sunday’s Heritage Classic. The victory brought them one step closer to the final playoff spot in the East, but it may be too little, too late. Reports have Ottawa’s general manager “quietly shopping” Otttawa’s star forward, Jason Spezza, before tomorrow’s deadline.

Carolina came out of the Olympic break just a few points out of a playoff spot and facing a five-game road trip. It was believed that, in order to make the playoffs, the team would need to earn at least one point in all five games. As the road trip ends tonight in San Jose, the Hurricanes are looking for any points at all. Losing the previous four games in regulation, Carolina’s playoff hopes have dwindled to a miracle chance. San Jose will begin a four-game streak at home tonight, having won 17 of their past 21 games at the Shark Tank.

Carolina has three goaltenders on the roster and needs to move one of them before tomorrow’s NHL trade deadline. It is a decision that general manager, Jim Rutherford, has put off for months, but tomorrow is the last chance for a last-minute decision.

This article is one in a series, provided daily, which provides coverage, analysis, and predictions to NHL fans.