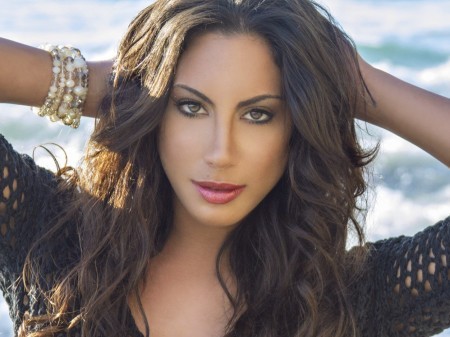 It is with the greatest pleasure that the Guardian Liberty Voice shares Andre’ Haynes’ interview with the lovely and talented Leila Knight. An impressive individual with a long list of accomplishments who took time out of her busy schedule to have a chat with Andre’ and impart some valuable advice for those who might benefit from it.

Leila Knight knows no boundaries and has become an acclaimed model, actress, agent and stunt woman. During early childhood Leila developed a fierce competitive spirit and an unbridled desire to succeed as confirmed by a resume so impressive that it requires a “double-take” because her credentials are just that good and that many.

There is definitely “more than meets the eye” to Ms. Knight because she packs skills like gymnastics, dance, yoga, mixed martial arts and poker playing. Fighting for every success, traveling the world and living in Hollywood has birthed a savvy entrepreneur inside Leila Knight and inspired her to launch Premier Models and Talent Management. Premier handles the affairs of Hollie Winnard (Rules of Engagement, Beauty and the Geek and How I Met Your Mother), Jose Canseco MLB World Series Champion and many more. 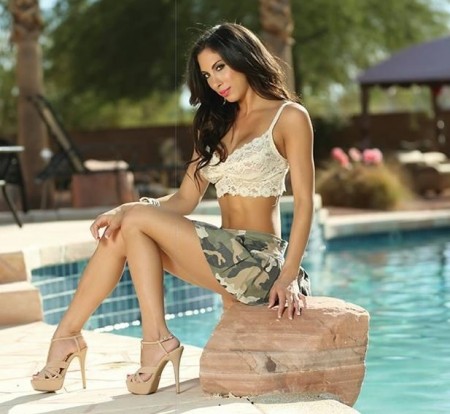 Leila Knight took a break from her most recent photo-shoot and talked about her endeavors with Andre’ Haynes. *The question and answer session, or the interview, after the beginning, will refer to Andre’ Haynes as “A” and Leila Knight as “L.”*

Andre: Describe the most valuable business lesson that you have ever learned?

Leila: Never trust anyone in Hollywood and “CYA” cover your assets. 🙂

A: What is your greatest professional accomplishment?

L: My greatest professional accomplishment is having the opportunity to model internationally and launch my own company in the entertainment industry.

A: Did you have to make sacrifices to become successful and if so what?

L: Success does not come easy and anyone who has accomplished any amount of success has to make sacrifices. I have sacrificed spending time with my family, away from home, and have missed out on important things because I was building my career. However I have and will continue to do whatever it takes to be successful.

A: Who is your greatest supporter and how do they support you?

L: I have always looked up to my mother business-wise and personally. She has taught me everything, including being independent, motivated, classy and treasuring my morals and values.

L: You can do anything that you put your mind to. Anything you do and everywhere you go is an opportunity to network and get further in life. Learn from your surroundings and also from each experience. 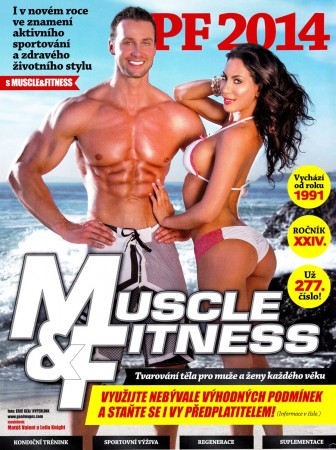 A: Any future endeavors?

L: Future endeavors include Muscle & Fitness magazine plus MMA magazine will both feature me in spreads of upcoming issues, and I also will be seen in several advertisements throughout Las Vegas. I am proud to be the committee chair and hostess of the Cupcakes vs Cancer charity fundraiser benefitting the American Cancer Society, a big sister at the Big Brother organization, and an animal activist. There will be more endeavors to come in the future!

A: Do you have any upcoming events or media interviews?

L: I have many events coming up in Los Angeles, California that I will be attending! Also I will attend the Boston Film Festival in April for my boyfriend’s documentary on his life.

This interview was conducted and transcribed by Andre’ Haynes; the founder and president of Endeavor Media Group, a Las Vegas-based Political Consulting and Public Relations company. Haynes regularly contributes to publications, records voice-overs, and is co-host of a radio talk-show. Andre’ supports charities like the American Cancer Society, the American Diabetes Association and the March of Dimes. He would like to thank Shannon Moore for introducing him to Leila Knight.

*To appear in Andre’ Talks Endeavors write to [email protected]