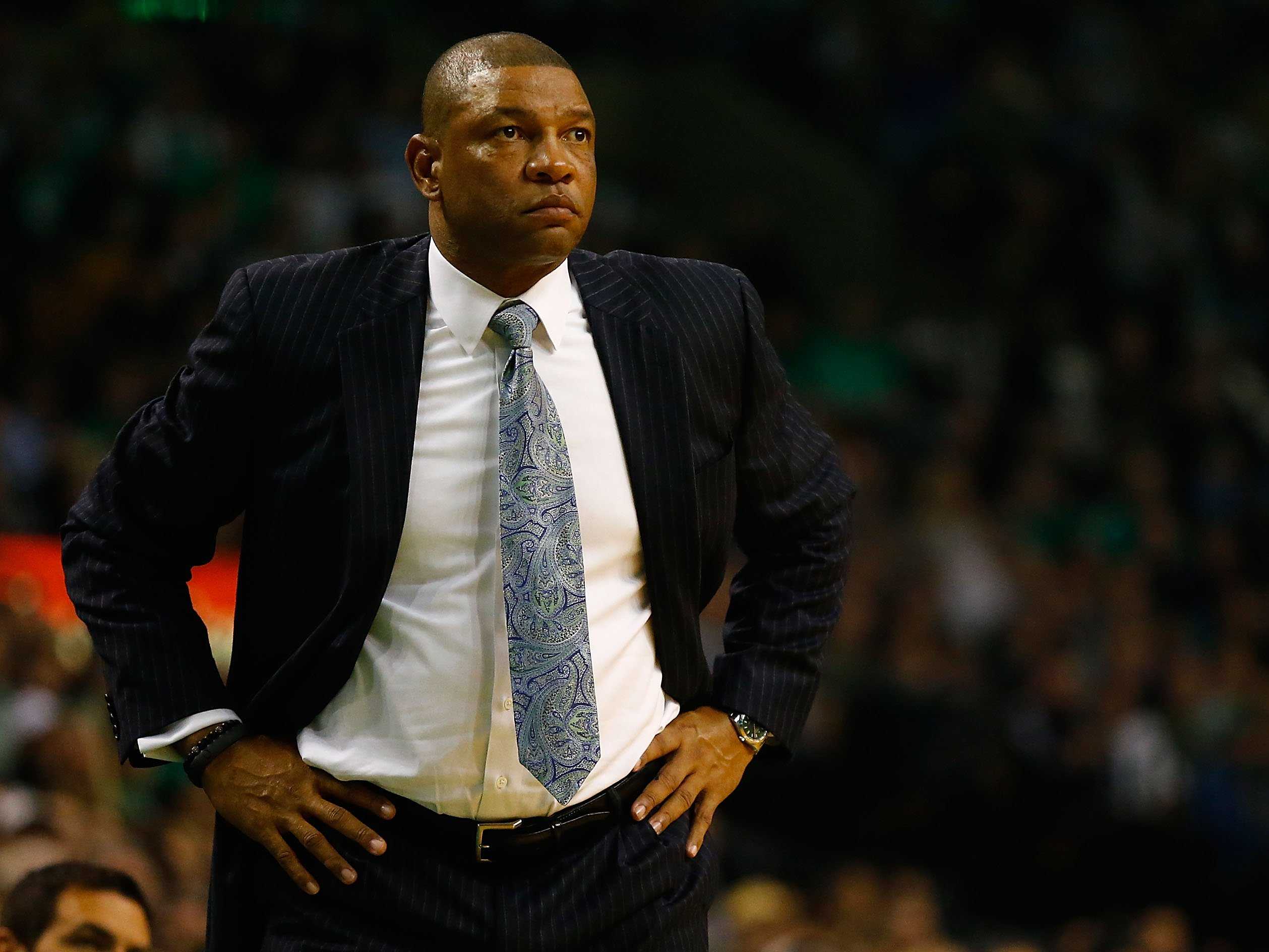 The Los Angeles Clippers ran their winning streak to seven on Saturday night, continuing to be one of the hottest teams in the NBA. The Clippers, who lead the Pacific division with a 44-20 record overall, improved to an outstanding 26-5 record at home.

L.A.’s new championship contender is currently playing some of their best basketball of the season. Doc Rivers has pulled the right strings all season long, even when battling debilitating injuries to key players. His tough, defensive minded approach has helped the offensive juggernaut Clips become more well-rounded. Doc has most definitely brought a new dimension to the ball club.

A healthy Chris Paul has also done wonders for the team. Paul, who missed 19 games due to a shoulder injury, is getting back up to speed and is once again running the offense with ease. He’s averaging 18.6 points, 11 assists and 4.4 rebounds this season.

But Saturday night was all about the Blake Griffin show. He scored 27 points to go along with eight rebounds and five assists, helping the Clips run their winning streak to seven. Griffin, who is a four-time All-Star, has had a break out year this season. His game has elevated from All-Star level to Superstar level. He’s averaging 24.2 points, 9.7 rebounds and 3.6 assists. During the 19 game absence of Paul, Griffin carried the Clippers and kept them more than afloat in a stingy Western Conference.

L.A. is attempting to beat out the Golden State Warriors for the Pacific Division title. It’s not going to be easy, as the Warriors are on a hot streak of their own. But with a coach with a championship pedigree like Doc Rivers, the Clippers have a new-found confidence. But can they really reach the Western Conference Finals?

Los Angeles has an extremely talented team, but they still lack some of the toughness and execution that Doc Rivers has tried to preach to them all season. It’s difficult to see them knocking off a team like the Oklahoma City Thunder or the San Antonio Spurs. While it’s not unfathomable, it will be no easy task.

But all hope is not lost. There is still about a month remaining in the regular season to prove their toughness. They better hurry considering their franchise’s history, or lack thereof.

It will be interesting to see what kind of team the Clippers decide to be as they head down the home stretch of the regular season. They have been one of the best teams in the league all season, but that has also been the case in years past and they had trouble even reaching the second round of the playoffs. Their star players lack toughness. Maybe Griffin and Paul should focus less on commercials and more on their team. But that’s L.A. for you.

But with Saturday’s 109-108 win over the Atlanta Hawks, the Clippers ran their winning streak to seven and there’s nothing anyone can do to take that away from them. Until they prove otherwise, they still have to be considered as a front-runner for the Western Conference title.