Lululemon Athletica Shares on the Rise With Q4 Announcement 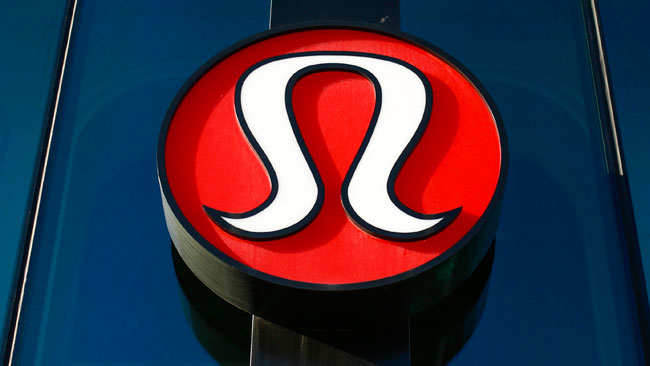 Lululemon Atheletica (NASDAQ: LULU) has had some bumps during 2013. The Vancouver-based yoga apparel company had to recall yoga pants made from a new fabric they call “Luon” because they were see-through. At the end of 2013, Christine Day stepped down as CEO, and Laurent Potdevin took her place. Investors see something in Lululemon Athletica, because shares have been on the rise today along with the Q4 and full year 2013 fiscal announcement.

The yoga retailer currently gets over 95% of all revenue from the U.S. and Canada. CEO Potdevin pledges to expand globally, with a focus on European and Asian markets. The first Lululemon store in London will soon open, and the company hopes that this will be a springboard into Europe. Lululemon’s current price to earnings ratio of 26.95 could be a sign of future earnings growth, and these new markets may be the key.

Having once been totally dominant in the yoga apparel business, Lululemon is now facing stiff competition from Prana, Gaiam, Under Armour, Nike, and Adidas. Perhaps the greatest threat may be from Gap’s new Athleta brand, with Gap planning to open 35 new Athleta stores across the country soon. It is clear that Lululemon must come up with new plans in order to stay afloat amidst these growing threats. The Q4 announcement from Lululemon Athletica may have done its part to assuage doubt, and shares may continue to rise.

The current state of Lululemon has some investors asking whether or not the share price has bottomed out. From some of the basic metrics, it would seem like a rise in share price could indeed be a possibility in the coming months. Many remain skeptical. Stern Agee rates Lululemon Athletica as “underperform” at present, due to a probable difficulty with acquiring new customers.

Stern Agee may have a point. Yoga apparel might have become more than a fad. In fact, with some women, Yoga apparel could be considered an obsession. The internet is crawling with fan sites, blogs, and even an invite-only Facebook area for the sale of used Lululemon Athletica merchandise. Carolyn Beauchsene, who runs the Lululemon Addict blog, claims that some women have $10,000-$20,000 dollars worth of Lululemon merchandise in their closets. The company could be getting a large amount of its support from a highly devoted fan base, as Stern Agee suggests.

It remains that Lululemon has fought through tough times before. In 2007, their Vitasea line of seaweed fabric turned out to contain no actual seaweed at all, and the supposed health benefits of Vitasea’s seaweed fabric turned out to be fabrications. In 2010, lead was discovered in their reusable shopping bags. Despite problems, Lululemon has still managed to triple its revenue and expand from 70 to over 200 stores across North America during the past 5 years.

The Q4 and 2013 full year fiscal announcement seems strong for Lululemon Athletica, and shares may continue to rise into the future. CEO Potdevin’s plan to take the company into Europe and Asia bodes well for the company’s steadily increasing revenue. The yoga retailer has seen setbacks before, and it will likely see more in the future. Lululemon has a proven ability to cope with setbacks, and most importantly, they have a dedicated base of consumers. The bottom line is that it is a brand name that people still admire, and a group of products that people crave.