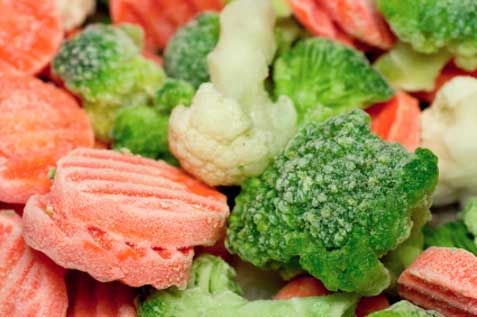 March Frozen Food Month reigns. For those who are not aware that March holds such a treasured day, clean out the freezers and get frozen! The National Frozen and Refrigerated Foods Association (NFRA) kicked off its 31st annual event by announcing a consumer $10,000 sweepstakes and a Facebook Freezer Giveaway. Every week, for four weeks, a freezer will be given away.

Former President Ronald Reagan, who had a penchant for frozen food, designated March Frozen Food Month on March 6, 1984. The frozen food industry took his idea and ran with it, creating a month-long homage to frozen waffles, peas and TV dinners.

During the month, tips on buying fruits that are out of season, cutting up meats to package and freeze, and clipping coupons in the local newspapers for savings on various foods, will be available to all who make an art out of the freezing of food.

The U.S. Department of Health and Human Services suggests that to keep food supplies healthy, they must be kept in temperatures below zero degrees Fahrenheit. To safeguard the quality of the foods bought, heed these guidelines:

The best way to thaw meat before cooking is to put it in a cold water bath or place it in the refrigerator the day before cooking. Placing it on the counter for long periods is a big no-no. For most pre-packaged foods, a year is the longest it should be kept, especially for meats. Freezer burn does not a pleasant meal make. 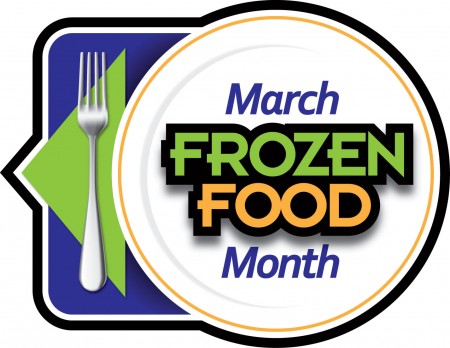 March Frozen Food Month reigns supreme! Chef Billy Parisi, Manager of Digital and Social Media at Reynolds Consumer Products Inc., gave some essential frozen food tips in the Times-Picayune. He suggests using frozen mixed berries in a morning smoothie to start the day off right. For Thanksgiving leftovers, Parisi keeps puffed pastry in his freezer for small turkey pot pies. Parisi, and probably most people, love to add peas to their assorted dishes, so he socks them away for just such a purpose. Stir-fried vegetables are also a good staple in Parisi’s stores, as they can make a quick and easy meal with the addition of rice and soy sauce.

Parisi also likes to help home cooks jazz up their menus and fights against “repeat offenders” who are cooking the same dishes every week. Keeping frozen food helps to throw in an item that might not be expected, like tortellini stuffed with cheese, mushrooms or spinach.

Those promoting this event are giving out coupons, which can be doubled on certain days of the week in supermarkets. It is a good time of year to save big on edibles to stock away for later. March Frozen Food Month reigns supreme so stock up and save!