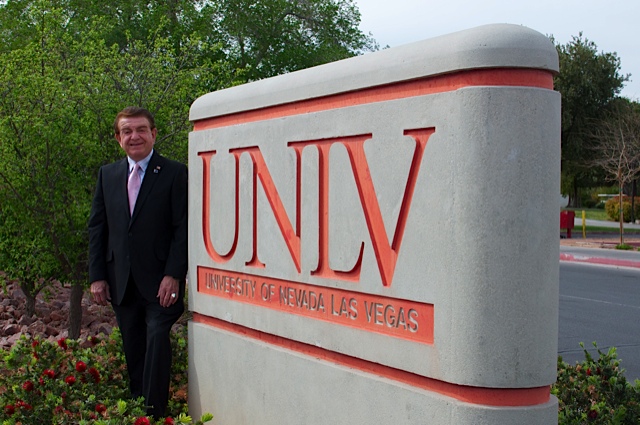 Stephen H. Frye, M.D., a former professor at the UNR School of Medicine and the author of “Monumental Fiasco. Our Drug War!” is running for the Governor of Nevada.

Dr. Frye has been a pioneer and activist in the evolution of legalizing marijuana since it first passed in California in 1996 because “It’s the safest recreational, over-the-counter or prescription drug in history and it’s almost impossible to die from it.” But alcohol kills more than 80,000 Americans yearly.

He’s running because Nevada is not just a failed state, it’s a state in crisis and sitting Governor Sandoval has done almost nothing to improve our nation’s worst educational system five years in row. We also have the worst mental health system that had one unaccredited hospital when he took over and now has two and we ship discharged patients to California. Tragically we have the worst female domestic violence murder rates and the nations’ second highest violent crime rate, the worst hospitals and one of the worst doctor shortages, the worst kids’ services and the least drug and alcohol treatment for both kids and adults, despite having the highest needs.

Our state employees are very demoralized as they have not had a COLA raise in more than five years and many earn less now than they did five years ago. Thus, there are high turnover rates and more vacancies than we should have with our high unemployment rates.

Dr. Frye’s White Paper, “Has Governor Sandoval Created a Failed State?”
documents all this and much more and can be seen at his web site, www.Frye4Nevada.com. And despite our very low tax climate we are still in the bottom third for business development, because of our horrendous educational system and paucity of college of college grads.

His mantra of “No New Taxes” is never leadership. These persistent failures are because he refuses to tax anyone or anything. We are a very wealthy state with far more than our share of billionaires, multimillionaires, millionaires, huge casino resorts, and very productive and profitable mines.

He even refused to consider our marijuana legalization bill last session and this issue is now red hot with overwhelming public support nationally (58%) and even more from independents (62%) and Democrats (65%). Only Republicans are against it (65% oppose). Furthermore, the specific Nevada poll done by the independent Retail Association of Nevada (RAN) a year ago showed overwhelming support in Nevada, as long as the taxes went for education. There were 56% favoring legalizing and only 42% against, a landslide margin. Even more informative is the fact that 75% of our important 18 to 34 year old tourist demographic approved.

This has been one of Dr. Frye’s core beliefs and now he’s respected for being an early marijuana reformer. Legalization for all adults can raise up to $500 million annually in taxes for education and dramatically increase tourism and green jobs. In addition, legalizing gay marriage can generate additional hundreds of millions of dollars in Nevada as Las Vegas is the marriage capital of the world.

No other candidate is better positioned to defeat Gov. Sandoval at this time as he’s on the record against legalizing marijuana and he has no other plan to raise the desperately needed taxes to improve our state’s “worst in the nation” standing in so many areas.

Marijuana Crusader M.D. Runs for Governor of Nevada added by gricelda7 on March 22, 2014
View all posts by gricelda7 →

One Response to "Marijuana Crusader M.D. Runs for Governor of Nevada"