Measles Outbreak Spurred on by Anti-Vaxxers 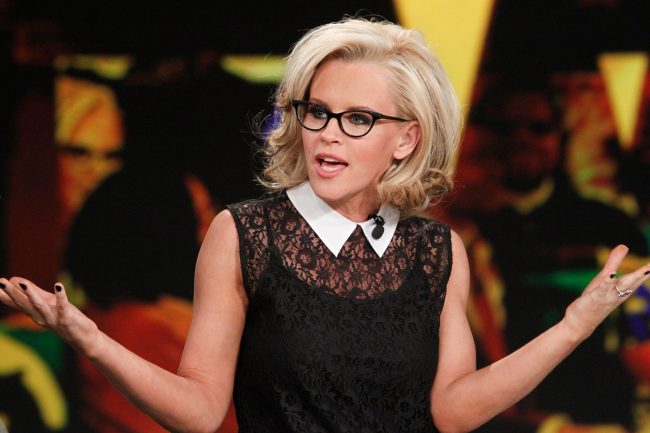 As New York continues to deal with a measles outbreak, other locations are seeing the disease appear as well. There have already been seven confirmed cases of measles this year in Orange County, and the disease has been spotted in Dallas, San Francisco, Boston, and San Diego within the past two months. Has the measles outbreak been spurred on by anti-vaxxers? For some the answers is a resounding yes. Anti-vaxxers are individuals who choose to not get their children immunized.

There are notable celebrities that choose to not vaccinate their children, and some of them are vocal about their distrust and disapproval of vaccines. Jenny McCarthy, who has an autistic son, has spoken very openly and publicly about her beliefs that vaccines cause autism for some time now.

The newest celebrity to join the anti-vaxxers group is Kristin Cavallari. Cavallari recently made it public that the son she shares with her husband, Jay Cutler who is the quarterback for the Chicago Bears, has never been vaccinated against anything. She has the same plans for the child she is currently pregnant with. Cavallari noted “scary statistics” and linked vaccines to autism. “To each their own,” she added.

Is it really as simple as “to each their own?” Some doctors say no, that this measles outbreak is being spurred on by anti-vaxxers. There is such a thing as herd immunity. Herd immunity refers to the majority of the population being immunized, and therefore providing immunity for those who cannot be immunized. The individuals who cannot be immunized include infants too young to receive vaccines, and individuals who have compromised immune systems, like cancer patients. Some doctors feel that parents who choose to not vaccinate their children are risking the immunity of the herd.

As an increasing number of caregivers elect to not vaccinate their children, the population is seeing an increase of diseases. These outbreaks, such as measles and whooping cough, may be spurred on by anti-vaxxers. Many of these outbreaks are occurring in areas where there is a larger amount of anti-vaxxers. Dr. Gil Chavez, an epidemiologist for the California Department of Public Health explained, “If we continue to not maximize the use of vaccines, we will continue to see people becoming ill and dying from all these diseases.”

A new study shows that those who choose to not vaccinate are not likely to change their mind when presented with scientific evidence that vaccines are safe. Brendan Nyhan, who authored a study published in Pediatrics, found that presenting 1,800 parents of young children with evidence supporting vaccines did nothing to change the minds of those who were against vaccines. The parents were presented with four different messages about vaccines, three of them included messages on children that had contracted diseases. One message disproved the link between vaccinations and autism. The study showed that none of these messages made a significant increase in the rate of intended vaccination.

Some feel that this anti-vaccination movement, spurred on by anti-vaxxer celebrities, is responsible for the measles outbreak occurring in parts of the country. When celebrities, who some see as cool  trend setters, speak out against vaccinations, those in favor of vaccination fear some of the public may follow suit, thinking anti-vaxxing is a cool new trend. Some anti-vaccine celebrities, such as Jenny McCarthy, feel that they are being activists, championing for a better future. Both sides of this movement have strong feelings regarding vaccinations.

2 Responses to "Measles Outbreak Spurred on by Anti-Vaxxers"