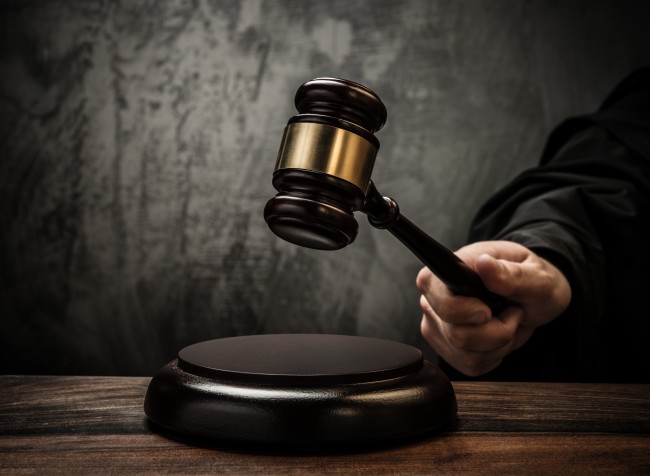 Jeffrey Tolbit stood quietly at the podium, wearing ripped denim jeans and an untucked flannel shirt.  He was scruffy, with a patchy beard and tussled hair.  He spoke hesitantly, quietly. The nearly 100 people in the room could all hear him admit to something he had been, and still was, horribly embarrassed by.

His crime was that he had drunkenly jumped out of a cab, dodging a $40 dollar fare.  Barely whispering into the microphone (that nonetheless projected his voice throughout the room), he admitted that yes, he had indeed committed the crime (“I’m guilty,” he said), and that yes, he accepted whatever punishment the judge would hand down.  One qualification, though: he had no job, or at least not much of one.  He fixed cars on the side for friends, and upon further questioning from the judge, he was forced to admit he had no job, no money and no way to pay his fine.

It turned out the fine was irrelevant. Tolbit was sentenced to 30 days in the workhouse, essentially full-time slave labor.

And that was it. Tolbit thanked the judge, accepted the judgment and signed some papers.

Next came Alexa Brewster, a young, pretty woman who was guilty of disorderly conduct and resisting arrest. She explained her story; that she had been very drunk, and had struggled with an officer. She had plea bargained with the prosecutor, and was supposed to receive a fine, but it was vacated and the judge kindly–and with what seemed like regret–explained that she could not get rid of the court fines, which would go to collections if not paid.  Ms. Brewster seemed elated, signed her papers and left.

Another person approached the podium.

The misdemeanor system is broken.  A young, college-educated, likely upper-middle class woman can get away with almost no real punishment–a fine, likely paid by her parents.  On the other hand, an older man, with ripped jeans and no job, was sentenced to what amounts to essentially slave labor.  After speaking to the prosecutor of the young woman, this reporter learned that “disorderly conduct” is quite possibly the vaguest of charges;  it could mean anything, and as a result, leaves little room for dispute.  There is almost no challenging an arresting officer’s account of disorderly conduct.

First of all, the misdemeanor court system is largely without oversight.  Dozens, even hundreds of people, file in and out of these courts in any given urban jurisdiction. Their punishments are unpredictable, sometimes beyond what any rational person would expect.  And unfortunately, this is largely due to money.  It is class based.  The young woman could pay her fine rather than submit to cleaning ambulances for a week.  The older man with no job and no money could not make that decision.

Justice is blind, maybe, and while our system and judges do their best, the result is unfortunately monetarily based.  The misdemeanor court is a class system. Those who pay, get off.  The unfortunates who cannot, don’t.