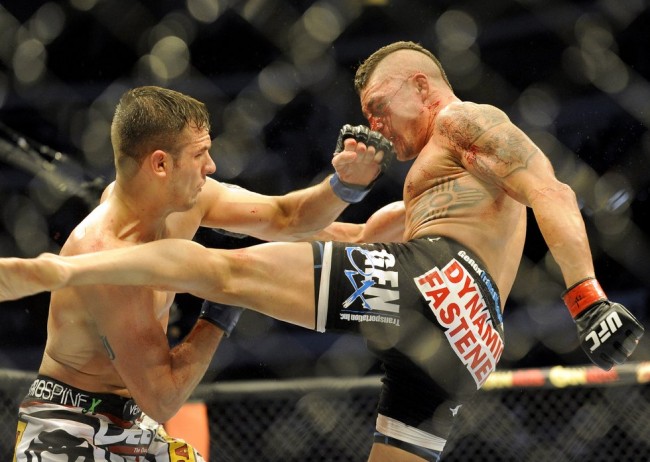 According to a new study published by the American Journal of Sports Medicine, roughly one-third of professional mixed martial arts (MMA) competitions end up in a knockout, which causes brain trauma in those individuals. The data even revealed that skilled fighters in the sport receive higher levels of brain damage than boxers, football, hockey or other forms of martial arts.

The study was performed by a group of researchers at the University of Toronto, and looked at results from mixed martial arts fights from 2006 all the way to 2012. The outcome showed that many fighters were hit for an additional three seconds after being knocked out, which equals three or more punches. In addition, after examining videos and records from 844 Ultimate Fighting Championship stints, investigators discovered that 13 percent of the matches ended in knockouts. Another 21 percent finished with technical knockouts, (TKOs) meaning that the fighter was punched in the head 18.5 times on average within the last 30 seconds before the competition was halted.

Researchers are concerned that because the participation of amateur levels of MMA is rapidly increasing, that more brain injuries for younger participants will occur. Whether or not mixed martial arts should be banned for young adults is still being debated. But the group is looking into strategies to prevent and/or reduce the brain trauma that is caused by mixed martial arts.

Mixed martial arts incorporates fundamentals of judo, boxing, wrestling and kickboxing in an enclosed area and fighters wear fingerless gloves and no head or face protection. 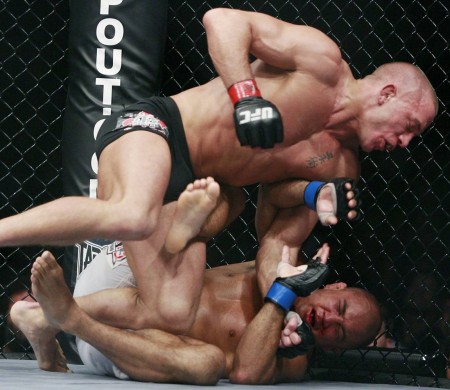 UFC Chief Operating Officer Lawrence Epstein disagrees with the study and said that it was “somewhat flawed.” Epstein has enrolled almost 400 active and retired fighters and stated that the UFC has also partnered with the Cleveland Clinic in order to keep an eye on all of their athletes’ health status. The Cleveland Clinic is globally known as one of the top medical research institutions, which features studies aimed at preventing long-term brain trauma and even identifying people who are prone to more injuries.

Introductory results from the studies performed by the Cleveland Clinic showed that athletes with more exposure to head trauma were much likelier to receive lower scores on cognitive testing. The researchers looked into aspects such as lifestyle, genetics, head damage exposure, and how susceptible the individual was to injury.

Michael Hutchison, director and co-author of the concussion program at Toronto’s MacIntosh Sports Medicine Clinic, stated that the criteria for total knockouts differ from the regular knockouts. The typical knockout meets the criteria for stopping the fight before a brain concussion happens, whereas with a TKO the referee only stops the fight when the opponent can no longer defend himself.

The research group suggested initiating rules similar to boxing, allowing the fighter 10 seconds to be evaluated after they get knocked down. Furthermore, they recommended adding more training to referees so that the officials will be able to recognize when a fighter has lost consciousness or cannot defend themselves. This should prevent many participants of the sport from receiving unnecessary injuries since the referees will stop the competition more quickly after brain damage is suspected.

Hopefully, the University of Toronto’s study will encourage both professionals and officials in the sport to evaluate and find solutions to the ever-growing problem. Those involved in mixed martial arts causes brain trauma, and unfortunately for now there is not a comprehensive solution.