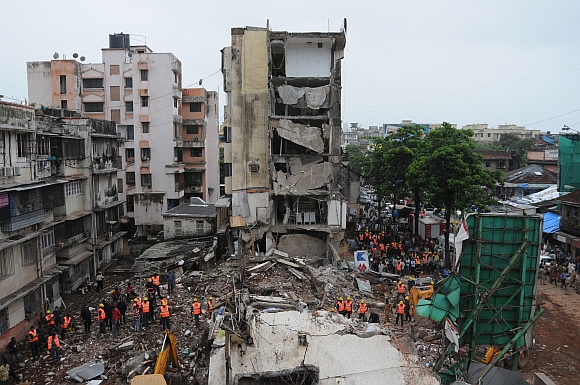 A Seven floored building collapsed in a sub-urban locality of Mumbai, India today. It is confirmed by the Bombay Municipal Corporation that seven people died and many were injured in this unfortunate incident. It  is reported by the police that the building was vacant and few people were living in the ground floor when this incident occurred. This building is near Hyatt Grand Hotel in Yaswanth Nagar area of Mumbai.

Disaster Response Force commander Alok Awasthi told the reporters that the collapsed building had been certified as unsafe for living.

Mr. Awasthi aslo said about eight to ten people were trapped under the rubble. The one family which was living was also required to vacate the building but, got a stay from the court.

It is reported that many local leaders have visited the collapse site and the ruling party has ordered an investigation of the incident.