NASA and the Solution to Armageddon 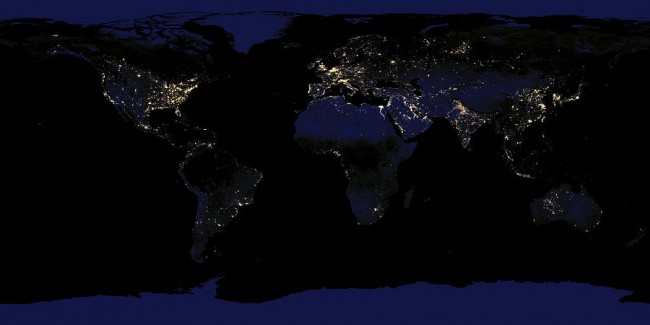 A new report released by NASA’s Goddard Space Flight Center and a team of scientists at the National Socio-Environmental Synthesis Center led by applied mathematician Safa Motesharrei says that the world is coming to an end. While they preach a pessimistic outlook for a vague cultural Armageddon, the world will try to overlook the fact that NASA sought to quell Doomsday theories in December of 2012 when David Morrison, an astrobiologist and senior scientist at NASA’s Ames Research Center, claimed that irrational paranoia over an “end of days” scenario was unrealistic.

With the public being handed schizophrenic viewpoints from what are supposed to be the most intelligent people on the planet, they have failed to provide the world anything substantial in either argument, making NASA seem far less down to earth than American taxes pays them for. To analyze the situation objectively, the central factors for societal collapse since empires began and inevitably crumbled have been population growth, access to water, agriculture demands, climate change, and energy consumption.

The United Nations estimates that in the next 12 years the global population will hit eight billion, so in terms of population growth and habitat absorption in developing nations, there is little that can be done. First World Nations have already started to top off in terms of internal expansion, barely replacing their current populations to the extent that coming generations will be forced to deal with a disproportionately large number of elderly citizens, which is understood in the United States by the necessity for social security reform in the very near future. Unfortunately in developing areas such as Africa where birthrates are still high, many of the children will die from disease before becoming more mouths to feed.

Climate change and energy consumption go hand in hand, as humans evolve better technology to sustain civilization while reducing the amount of carbon emissions and toxic pollutants into the world’s oceans. If, however, the world is moving through a natural cycle that is merely being exacerbated by human industrial development, or if humanity is faced with something far bigger, such as a massive tectonic shift-phase that would send tsunamis towards coastal populations, then there will be an expanded situation like the 2004 Indian Ocean earthquake and resulting tidal wave that killed over 230,000 people in 14 countries. Either way, nature’s wrath has always been the greatest source of humility and no one can escape elemental chaos any more than a comet hurtling towards earth.

The two remaining reasons for societal collapse are food and access to clean water, but with the United Nations reporting that humanity will produce another two billion mouths to feed by 2050, agricultural production will have to rise 60 percent to accommodate them. There are supposedly 600 million farmers in the world, but half of them are women being treating with such inequality as to vastly reduce their productivity, according to the Food and Agriculture Organization of the United Nations (FAO). Women have less land to farm, they likely do not even own the land they are tilling, they have fewer livestock, restricted access to engineered seeds, and reduced education levels that severely limits output. FAO reports that if women farmers were treated equally and became efficient in line with their potential, the rate of starvation in the world could drop up to 17 percent.

Another problem with food shortages arises from doomsday propaganda itself, something that a mathematician like Safa Motesharrei and his group are apparently incapable of comprehending. In a global effort to reduce carbon emissions, the desire to avoid fossil fuel and find better sources has led to the epic blunder of using food crops such as corn for ethanol and biodiesel, enhancing the starvation problems of the world instead of what was reported years ago as a better alternative. In the last decade, switchgrass and advanced biomass fuel sources looked promising as a way of producing ethanol, especially since the product grows wild. It was initially thought to deliver 540 percent of the energy that took to harvest it, trouncing the 25 percent of energy created by corn-based biofuel. It was also known to be possible to grow this alternative on land that the USDA’s Conservation Reserve Program was paying farmers not to plant on, as much as 35 million acres.

As of 2007, the US Department of Energy (DOE) was planning to fund six cellulosic biorefineries that were projected to cost $1.2 billion, offering $50 million initially to begin construction, but since then the funding for these projects has faltered due to production costs that were weighed to be inefficient compared to readily available crops like corn. Despite the range of plants that this energy can be derived from, such as hemp, willow, miscanthus, sorghum, poplar, bamboo, and sugarcane, the idea of biomass fuel has come to be known as “biomess” due to poor regulation and negative projections from the US Energy Information Administration, which claimed that biofuels would eventually become more expensive than natural gas or even nuclear power because of limited farmland.

Though the production of these biorefineries has increased by 14 percent in the last decade, as of 2012, 85 out of the 107 biomass plants operating in the US were listed to be in violation of clean air or water standards by federal and state regulators. Other negative effects to the alternative debate was labeled ILUC, or the indirect land use change impacts of biofuels, which provided a detrimental outlook for the future of unintended change to cropland. Unfortunately this was shortsighted in its scope, because even forestry waste like sawdust and woodchips could be used and would not require space otherwise needed for food.

Other alternatives include biodiesel that can be processed from vegetable oils, animal fats, and even eucalyptus and palm oil, or algae-derived sources that are not even harvested from food and grow five to 10 times faster than corn and can be used for butanol, methane, ethanol, and even hydrogen. In addition, “biogas” or landfill gas can also be derived from rotting garbage to be used for methane production, making our massive piles of refuse into storage sites for eventual fuel.

The last problem on the table is how to solve the shortage of clean water in the world, and the statistics are not hopeful, with a child dying every 21 seconds from a water-related illness and the billion humans on the planet without access to a pure source results in more death and misery than war. 80 percent of all diseases are caused by a lack of basic sanitation, and the poverty rates in third world countries as well as refugee humanitarian crises makes the issue an impediment to the growth of entire nations.

There are purification systems that use chlorine to eliminate microorganisms in water, and others that use micron filters and ultra-violet lamps to destroy bacteria, but the overwhelming similarity of these previous methods has always relied upon cost to be the best excuse why the United Nations has failed to see this as its primary humanitarian concern. The problem is not the price of this technology compared to the amount of water needed continually to keep people healthy, but rather First World Nations and a lack of motivation to offer money to corrupt governments who already neglect the welfare of their citizens out of apathy or greed.

In most countries around the world, women and children are being forced to fetch water and abandon their dignity in the process. The effort and energy wasted on retrieving this poisoned liquid replaces time that should be spent attending school, raising literacy rates, gaining employment, and lifting themselves out of poverty along with their countries in the process. Fortunately, there might be a cost-effective solution on the horizon.

MIT’s Rohit Karnik, a mechanical engineer who works on water technologies, says that he had the idea that a natural tissue in plants called xylem could act as a substitute for water filtration membranes. Xylem is outfitted by evolutionary design with pores and other mechanisms by which air bubbles are prevented from easily spreading and flowing through the tissue, which hinders the transportation of water inside the plant, and it seems that these same pores are the perfect size for filtering harmful bacteria.

To prove that it could work, in his lab he peeled the bark off a pine branch and put the sapwood containing xylem tissue into a tube. After sending water containing particulate matter through the tissue, he showed that the wood filter removed them at an estimated efficiency of 99.9 percent. His results were published in the journal Plos One, an international peer-reviewed online research publication.

At this point, detractors have pointed out that filtration systems must be able to purify water absolutely for true changes in global health initiatives, but with this being in the early stages, the promise of simplicity and the brilliant designs of nature should raise our hopes and provide the leap across the gap of a preoccupation with money over the well-being of women and children. Hopefully the scientists at NASA can find a better way to use their IQs and paychecks to think about how to fix the plight of humanity rather than stand on a soapbox and declare doomsday, because as John Lennon said, “There are no problems, only solutions.”

4 Responses to "NASA and the Solution to Armageddon"