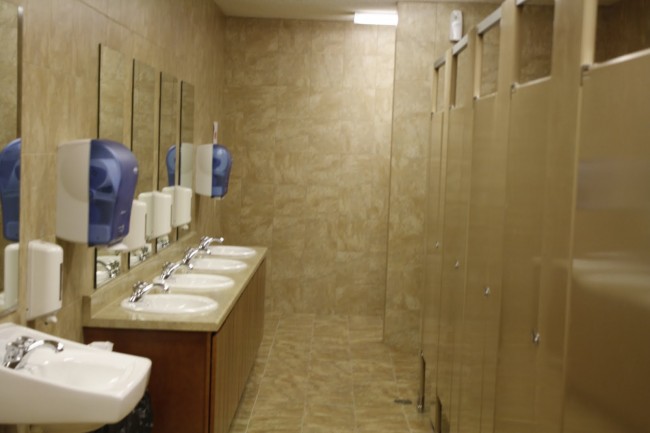 A New Jersey educator awaits the possible end of her career following a sex scandal involving two children in her class.Kelly Mascio on Sept. 30, 2013 reported finding two of her kindergarten students in the bathroom alone who said they “had sex.”

Mascio, a 16 year education veteran, was immediately suspended without pay and became under investigation. The school board voted to fire the teacher 8-1 for the inability to supervise a classroom. Initial reports said the Mascio found the children in the bathroom naked. Throughout the five month process, Mascio has continuously reasserted she found them fully clothed.

The differing stories may be due to Principal Matthew Mazzoni’s statements to the police that they children were naked. As the principal was not in the room, authorities are now saying these may be incorrect assertions. “The only thing on the…report is what was portrayed to us by the [principal],” said Police Chief John Thompson. He added this report was identical to the one given to the district.

Mascio was present for the school board meeting Wednesday which would decide her fate at the establishment. Backed by a group of 150 supporters, the teacher stuck to her story, saying the principal gave incorrect information.”Ms. Mascio reported… that she noticed…one child had…on backwards [his shirt],” said Mullica Township Education Association President, Barbara Rheault.

Many parents and colleagues rushed to Mascio’s defense Wednesday saying her immediate suspension based on mere suspicion was unfair.”She was suspended without…[discussing] with her. We view that,” said Vincent Perna, a representative of the New Jersey Education Association, “as totally wrong.”

The school board voted to fire Mascio by a landslide, saying the safety and health of the school’s students hold priority over any personal hardship the matter caused the teacher. The case has been brought to New Jersey’s state education commissioner. If the case ends in her favor, Mascio will be able to collect all back pay from her suspension time and remain an educator.

Vineland attorney Ned Rogovoy, who represents New Jersey Education Association members, said the loss of income causes many teachers to simply resign over similar scandals. While Mascio is fighting the sex scandal accusations to the end, hoping her career with New Jersey children will continue, many teachers fall prey to forced resignation without a hearing.

Stefan Serie, a middle school teacher from New Jersey, resigned in July 2013 after playing a shirtless extra in the reality show, “Princesses: Long Island.” Shortly after the episode aired, Serie was asked to meet with school district office. Without a word from Serie, the administrators told him his tenure would be revoked and pushed him to resign. “It was…coerced,” he said.

Last month, two special education teachers in Michigan, Jennifer Warnock and Lynn Traxler, resigned from Northville High School. The teachers came under suspicion after a number of students had “significant drops” in standardized testing scores. Warnock and Traxler were accused of forcing the students to score low so the improvement scores in the next round would reflect well on their teaching. A short investigation by a psychometrician concluded the drops were not due to chance, but said little else. Both were asked to resign with pay or face being fired.

Mascio has trudged through financial hardship, unwilling to end the fight for her career. A group of her supporters even began a fundraiser for Mascio to aid her in the time of deliberation. The persistent New Jersey teacher is unwilling to allow a sex scandal to end her career educating children.