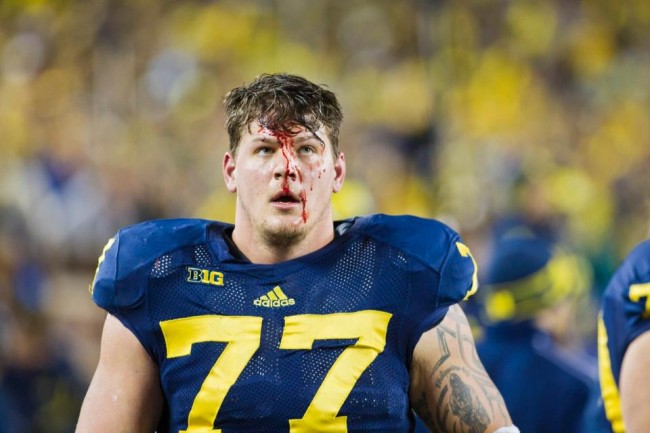 The New York Giants have rarely used free agency as any means to solve tons of issues on both sides of the ball. This year has started off quite different for both Tom Coughlin and their general manager. Maybe a sense of urgency after not making the playoffs since their last Super Bowl run in 2011 or maybe the slow start last year; may have something to do with it. Gone are the days of Hakeem Nicks and Justin Tuck, as New York has looked to get younger on both sides of the ball and become more efficient in defensive coverage. Both Dominique Rodgers-Cromartie and Walter Thurmond were both signed by the Giants to take care of their open corner positions. Quintin Demps provides much needed depth at the safety position with both Stevie Brown and Will Hill dealing with their own off season issues. Jameel McClain will almost certainly take over the strong side position in the line backing corpse, and new offensive guard Geoff Schwartz will anchor one of the open guard positions for the Giants. Even though they have signed Schwartz, the center position still needs to be addressed, and their new franchise left tackle needs to be found, why not in the 2014 NFL draft? 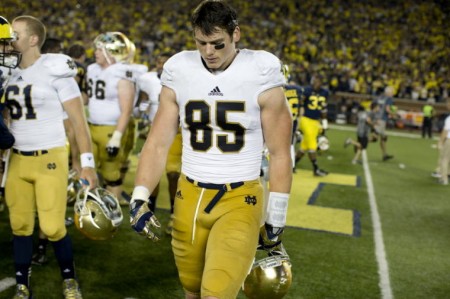 Someone needs to be in charge of keeping Eli Manning upright and that guy is Taylor Lewan. Last year New York spent their first round pick on offensive right tackle, Justin Pugh; but besides that the offensive line was in need for a massive overhaul. Taylor Lewan has been highly considered as the most athletic of the tackles of this years draft, with many experts feeling that he may be as good as the first overall pick of last years draft to the Kansas City Chiefs, Eric Fisher. Pugh and Lewan would provide top notch protection on the edges for years to come for the Giants offense, and would help prolong Manning’s career into the future. The J.D. Walton signing did not make much sense at center, New York still may need to address that position in the draft. Rashad Jennings may be able to revive a running game the G-men hoped David Wilson would be able to do. A neck injury may cut career Wilson’s career short though, leaving Jennings as a possible one man show in the backfield. 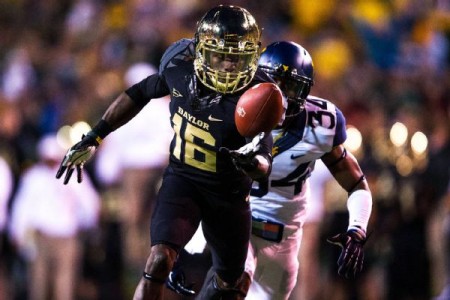 A slot wide receiver would also do wonders for the Giants offense. New York already has established wide receiver, Victor Cruz, and budding star Rueben Randle; they even brought back Mario Manningham who dealt with numerous injuries in his brief stint with San Francisco 49ers. A quick wide receiver who can spread out the defense in the slot, like Baylor’s Tevin Reese, could be a liable pick up in the later rounds. The Giants could also use a new tight end for the new season. Troy Niklas would do a good job filling the position, providing a big bodied red zone threat for Manning to throw to, the tight end can block, and use his 6’7 frame to make any catch in his radius. Niklas would solidify the tight end spot immediately.

After a slow start the New York Giants came on strong to finish the year. In a division that does not have a solid front runner for the division title, maybe the few moves New York made may put them back into the playoff hunt. When you have a quarterback like Eli Manning and a defense that can at least keep the points total low for the opponent, the big blue will always have a chance to to be a contender. Two Super Bowl’s and counting look for the Giants to finalize their offensive line depth chart, and give Manning a few more weapons to tinker around with before the season starts.