Nook Production Decrease Beginning of The End for Barnes and Noble 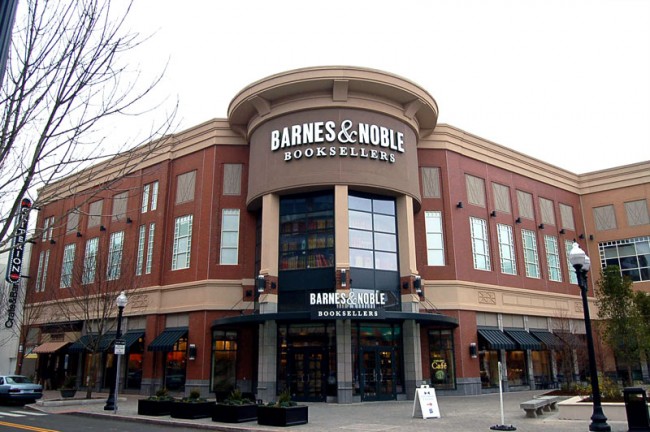 The publishing industry has been hit hard over the last decade. There are many reasons attributed to this declining industry, but mainly it is the inception of the e-reader, a format that has become mainstream over the last seven years thanks to Amazon. Barnes and Noble, the top bookseller in the nation recently announced it will decrease the production of their Nook e-reader, which has many thinking it could be the beginning of the end for them. It makes one wonder if the book giant will go the way of Crown and Borders.

Over the last year or so, Barnes and Noble has been in a pricing competition with competitors such as Amazon and Google with their respective e-readers. During this pricing war, the bookseller was fighting a war it couldn’t win when the aforementioned companies were selling their devices at the production cost or lower — something Barnes and Noble couldn’t afford to do.

The Nook versus Kindle war has been a storied one. Much like the video game market, there are always those that are going to prefer one brand to the other regardless of price. While the Nook for a time was more expensive and was being beat by the competition in sales, it wasn’t in a dangerous situation, which is why it was a fatal mistake for the bookseller to opt for a bidding war they couldn’t win and hurt the company substantially.

Even worse is that despite all their effort of selling the device, their sales plummeted last quarter by encompassing a total of $57 million, which is 26.5% less than a year ago. The statistic might be slightly deceiving though as it features sales after the chain cut its Nook staff by 26%.

In addition to their Nook device, they also have begun starting to work with companies like Microsoft, a partner they’ve had for years, to help develop e-reader tablets and software without exposing themselves to markdown risk. However, it has been reported in the last few days, the partnership of the two companies is lessening with the Microsoft Nook app being canceled — more evidence in Barnes and Noble decreasing production, a possible sign of the beginning of the end of their relationship and their focus on digital reader technology.

Not all is lost though. Their business has  had a miraculous resurgence in their old strategy of focusing on what they do best — profit through their stores. Since the fall of Borders, Barnes and Noble has been able to increase their sales in stores as well as online.

Minimizing focus on their Nook is a dangerous move. The way the industry has been moving, physical books are being sold less and less. With this statistic in hand, it has an appearance of deja vu.

Borders closed its doors for many reasons; however, one of the principle reasons is they were not quick enough to move with the times. In other words, they did not create their own e-reader; instead, they created their own line of e-books for minor e-book manufacturers Kobo and Cruz.

Additionally, there have been rumors floating around of a merger with the company in the form of G Asset Management offering to buy a majority stake in the company of 51% at $22 per share back in February. As a result, the firm would also have majority control over Nook e-reader and its digital assets. This isn’t the first time either for G Asset Management seeking a majority in the company, but as of yet Barnes and Noble has yet to agree to the deal; however, it would appear possible in the future.

While Barnes and Noble definitely have some life in them considering the lack of competition in the book store industry, it’s questionable in terms of their longevity. They do still have a dedicated department towards the Nook, but by cutting back its production it may hurt them in the long run.

The future remains unclear for America’s top bookseller. However, if Barnes and Noble continues the path its on by focusing more on their past business model instead of the Nook production, it may decrease the profits and spell the beginning of the end for the company.