Putin Plans to Extend His Sphere of Influence 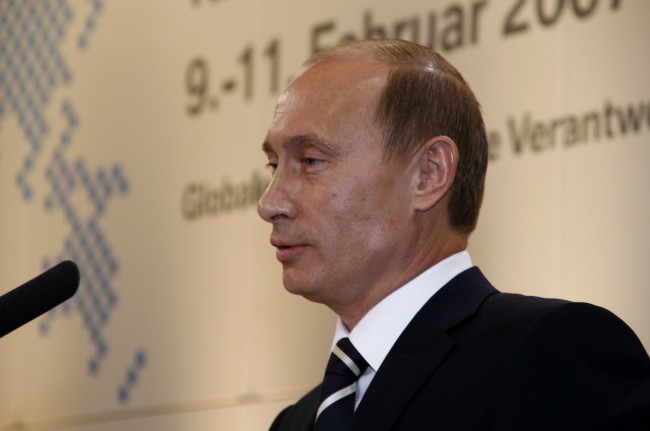 While all eyes are on Crimea joining the Russian Federation, large numbers of Russian ships and weapons are entering South American waters. The kind of movement has not been seen since the previous cold war and is being seen as a largely symbolic gesture. President Vladimir Putin has increased his influence around the world through his peaceful resolution of the Syrian chemical weapons seizure and hopes to continue to increase Russian influence in South America.

Growing weary of American interventionist policy in the region, some nations sympathize with the Russian government in their growing struggle against Western influence. Argentina has drawn a parallel between Putin retaking Crimea and the struggle President Cristina Fernandez finds with, according to Argentina, returning control of the Falkland Islands away from the United Kingdom.

The actions taken by Putin may also be interpreted as a show of strength. The Russian economy forced a shrinking of military funding after the fall of the Soviet Union. The recovery of their economy has allowed for the resurgence of a military presence. Just as the United States has been keen on deploying warships near Russian waters, Putin is once again matching President Barack Obama tit for tat by presenting a sizable force near the United States.

Some see it as a ploy to present the world the military of Russia is alive and well. The goal has nothing to do with Latin America at all and it directly targeting the United States and Western allies. Though WND believes that Russia will open military bases in nations like Nicaragua, Cuba, and Venezuela who have been sympathetic to Russia historically. Though Nicaragua is the most probable due to having the most stable government and economy of the three nations. Putin has voiced concern over the crisis in Venezuela. The economic turmoil in the region is not isolated to just the Latin American nation but to its major trade partners such as Russia as well.

Russia makes a great deal in weapons deals with Latin American nations and is one of the leading providers in the area. Brazil has purchased multiple surface to air missile systems along with fighter jets. Putin’s plan to extend Russian influence in South America gives the United States a run for their money in the region for the first time since the Monroe Doctrine. The Russian fleet is following suit following Iran’s announcement that they will have a patrol fleet near the United States.

Perhaps the presence of foreign warships in the area will show the American public how strange and offensive it feels to have an other country near one’s home. The interventionist policy of the United States has inspired other nations to show that the US is not untouchable, and should be weary of the policies in other countries. The old world war two propaganda providing hands across the sea not arms needs to become common policy for the United States as it is obvious other nations are willing and able to question America’s ultimate authority. Putin searching for a way to extend his sphere of influence in Latin America serves as evidence.

Sources:
The Hill
WND
The Diplomat

Putin Plans to Extend His Sphere of Influence added by Andy Diaz on March 23, 2014
View all posts by Andy Diaz →

One Response to "Putin Plans to Extend His Sphere of Influence"